Monaco is first state to meet with GREVIO

A Monegasque delegation led by HE Mr Rémi Mortier, Ambassador, Permanent Representative of Monaco to the Council of Europe, met in Strasbourg on November 8 with members of GREVIO, the expert body of the Convention on the prevention and fight against violence against women and domestic violence.

This provided was an opportunity to present measures taken by the Prince’s government to combat violence against women, both in terms of repression and preventive measures, but also in terms of training of personnel. The delegation included representatives of all the departments, directorates and entities of the government concerned.

The Council of Europe Convention that established GREVIO, known as the Istanbul Convention, was ratified by Monaco on October 7, 2014. Monaco is the first state to hold a meeting with this body to consider the report submitted by its authorities on September 1, 2016 on the implementation of the Convention as a whole.

Two members of GREVIO will visit the Principality in December 2016 in order to assess concretely the practical arrangements for the implementation of the Convention. At the end of this meeting, GREVIO will prepare its final report, including recommendations that the Monegasque authorities will be invited to implement. 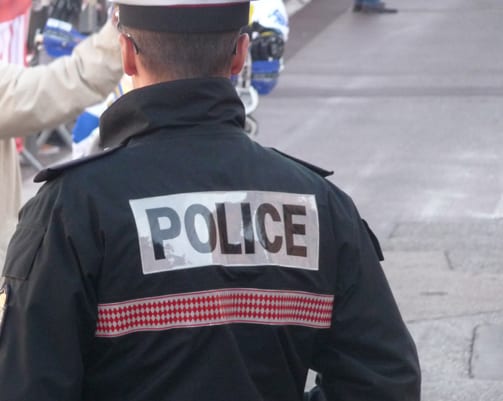 “Over the past weeks, individuals who are part of organised crime groups, have been stealing the identities of high-ranking personalities in the principality and trying to establish personal contact with them, through email, text or video-conferencing via a WhatsApp-type application,” the government said in a statement Friday. The elaborate scheme uses signed official documents on official letterhead, with phone calls that can display the switchboard number of these institutions. The set up, which targets "community leaders or people with responsibility", uses the pretext of an urgent financial matter and asks for money to be transferred to foreign bank accounts, particularly in Asia. Monaco-Matin additionally reports that a known journalist was contacted by a fake Prince Albert through WhatsApp and asked for money to help free a local journalist, supposedly kidnapped by an Islamist group. Police have launched an investigation. The Department of Public Security is calling for the utmost vigilance: • be very cautious and sceptical about this kind of unusual communication; • carry out direct and certain verification; • contact the Judicial Police Division in case of such requests: +377 93 15 30 15 or pcto@gouv.mc.