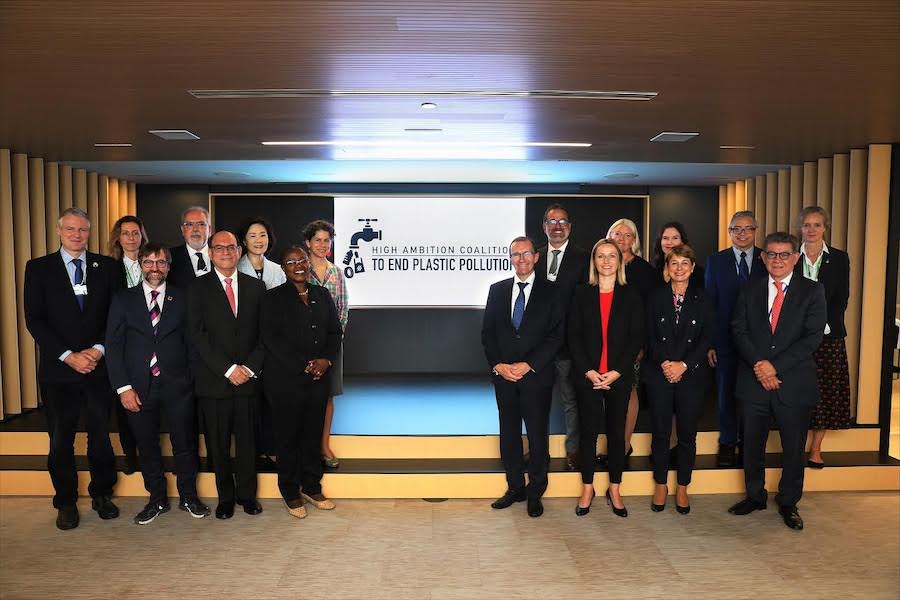 The Principality joined a collective of countries in committing to end plastic pollution by 2040 at the recent World Economic Forum’s Sustainable Development Meetings.

The world is producing twice as much plastic waste as two decades ago, with the bulk of it ending up in landfill, incinerated or leaking into the environment, according to a OECD report earlier this year.

To make matters worse, it is estimated that eight million pieces of plastic pollution find their way into our oceans daily and 76% of plastic waste is sent to landfills or ends up in the environment, while less than 10% is recycled. The remaining 14% gets incinerated.

These disappointing figures were hot topic of conversation at the World Economic Forum’s Sustainable Development Meetings on 22nd September, prompting a collective of countries to join forces and start negotiations on an ambitious international treaty. The agreement will be more encompassing than previous ones and is based on a circular and global approach to guarantee better management of plastics throughout their lifecycle, with the main goal being to stop the current “leakage” that pollutes the environment.

Monaco’s Minister of External Relations and Cooperation Isabelle Berro-Amadei said at the meeting that “plastic pollution constitutes a planetary crisis with repercussions on biodiversity, the climate and human health”. She went on to say that “without effective new control measures, plastic production is expected to double in 20 years and plastic waste dumped into the oceans is expected to triple by 2040. This is an unacceptable burden for future generations.”

The negotiations will begin at the end of November in Uruguay, under the direction of the UN, and will be a continuation of what transpired at the Sustainable Development Meetings and will include proposals on how to tackle plastic pollution sources via limiting production and use of plastics as well as by shifting manufacturing toward more sustainable products.