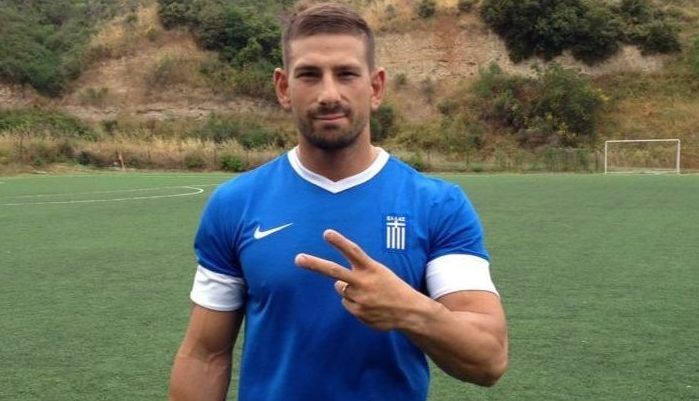 ML: There are a many “personal coaches” in Monaco. What makes a trainer successful?
CF: To be a really successful coach you need to be a role model. People need to look up to you. For example, I’ve taken on Holly Fischer, who is ranked best for age by the International Tennis Federation. After one week of training her, she told her mom, “This coach is not joking. It’s very hard, but I can get really fit with him”.

I show her the drills. I show her how to do it. I can’t just say to her “I was a champion, I was fit.” I continue to train myself, even after training my clients all day. I can’t help other people get fit and leave myself behind. It doesn’t work.

ML: You launched Elite Fitness. What makes you as a trainer different than the others?
CF: I try to train each of my clients like an athlete of his or her level. I believe that other coaches may have my knowledge but my experience from my sporting career shows me where I can push someone physically and mentally. If a client tells me, “Chris, this exercise hurts”, I respond that if you do it properly, it won’t hurt. Another coach might try and change the exercise, to make it lighter when the client starts whining. I’m not like this.

I am the coach. People don’t tell me what to do. If they don’t like it, they can find another coach. But this has never happened.

I prefer that people say I’m a hardcore coach. I’m not a trainer that will sit around watching you work on a treadmill or kicking some elastics.

ML: You say that you make training an everyday thing for your clients, that it’s not bootcamp but a long-term commitment. How do you want to develop Elite Fitness?
CF: My dream is to stay with a couple of professional athletes. It’s not about money. I want to give people what was not given to me as an athlete, which could have made a difference. 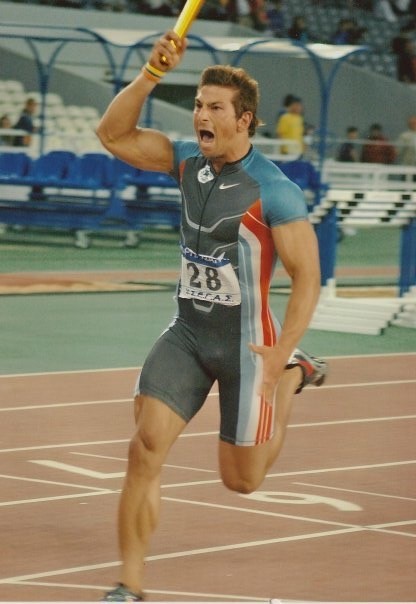 ML: How did you get involved in athletics?
CF: I started off playing football in Crete, where I grew up. I was selected for a southern Greece conference when I was 14. We won a championship and they gave us alcohol. When I went back home, I wasn’t drunk but my dad went to my coach and said “You gave beer to Chris. You are not going to see him again. It’s finished”

My parents weren’t exactly against sport, but school was more important for them. I was a decent student, 18/20, but they were not happy. They always pushed me to do more. I always had to be perfect, very good at sports, very good at school. And this was very good for me in life. I never settled for less, I always wanted more. Not to prove to other people, but to prove to myself.

My first athletic coach on the Island of Crete came and did tests in schools and saw I had talent for athletics. I was not good when I started, finishing 8th in the regional championships. I remember I said to my coach, “You told my parents that I had talent, but I’m coming last.” He replied it’s because I hadn’t trained while the other kids had already been training three years or more. 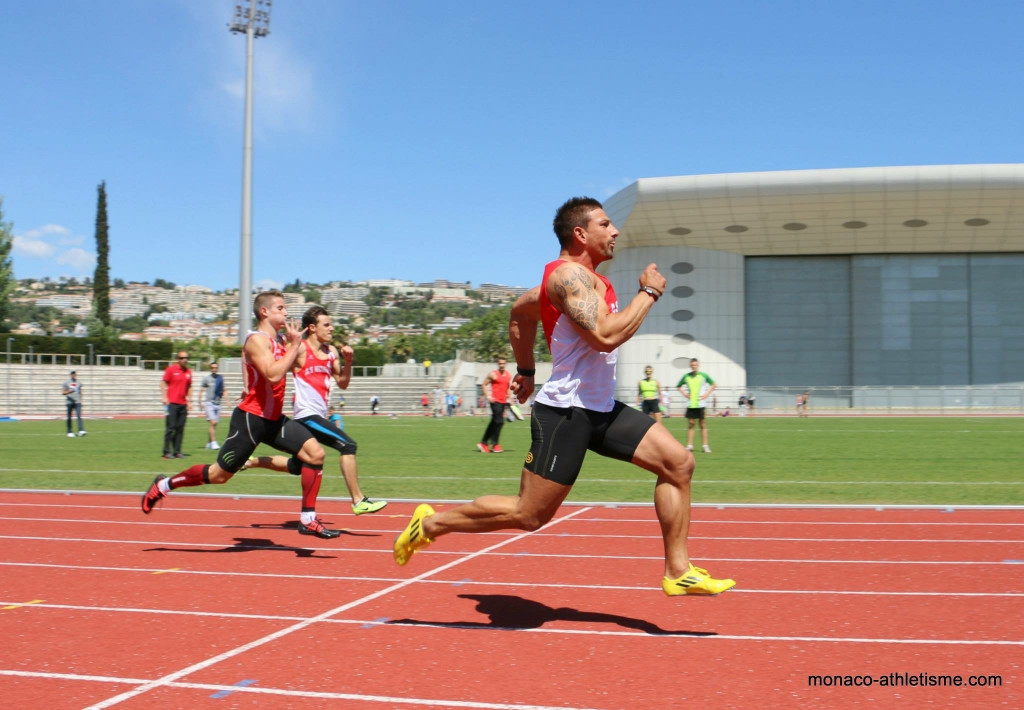 ML: And did you improve over time?
CF: The following year, at 15, I was in the medals of the Greek championship for 150m. Then I did a pentathlon and they saw that I was good at hurdles. I went on to win the Greek championships in hurdles as a junior, then won 2nd place in the 60m sprint.

I was training everyday, by this time, and was about to turn 18. I was attending a sports school, so we had double training everyday – early morning training before school and then at 5pm. I really got into it and it became an addiction.

ML: Would you say you are super competitive?
CF: I like to win, but I am a realistic athlete. I know my limits and when I compete, I like to compete more with myself than with others. In training I would have amazing times, and then in the race I didn’t perform so well, but at the end of the day, I’m not too hard on myself. 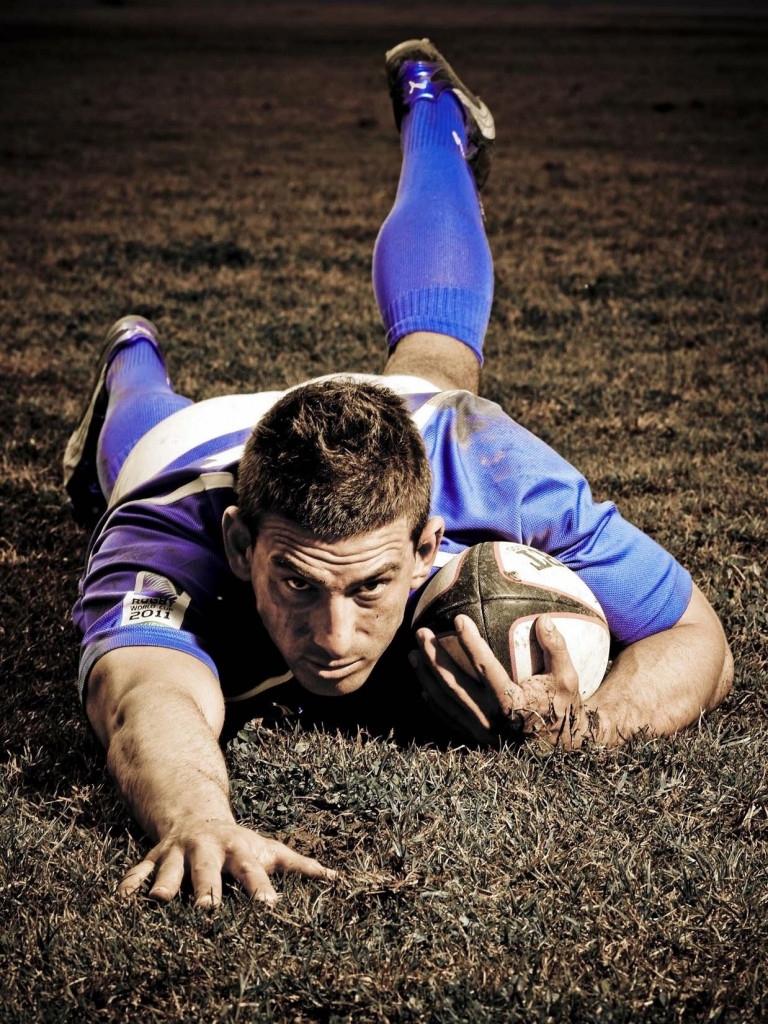 ML: How far did your career in athletics take you?
CF: In 2004, I tried out in Greece for the Olympics and made it for the 4×100, but didn’t qualify for the 100m. I was really disappointed and stopped sports for three months. When I came back, I found out that the Greek rugby team had just formed. I’d played some American football and, of course, was a top sprinter, so I was asked to join.

It’s funny because when I was in Pretoria, I saw the guys from the Blue Bulls – they were all 2m. I am not short – 1m84 – but I didn’t think that that rugby was for me. Also, at that time, the sport wasn’t very popular and when I started playing, I saw that other players had a higher level, but physically, I was above everybody.

I picked the game up quickly. A scout from England saw me playing in a friendly match, it was my 3rd or 4th, and I was asked to join the Wanderers, the 2nd team of the Northampton Saints at the end of 2006. I was thrown into the deep end and it was really tough.

I was fast, but I was 26 with zero experience. And the others were thinking, who is this guy, a Greek, playing rugby? I stayed for 8 months then went back and played for my national team. I have 65 caps and I am still the biggest try scorer for my national teams in 7s and 15s. 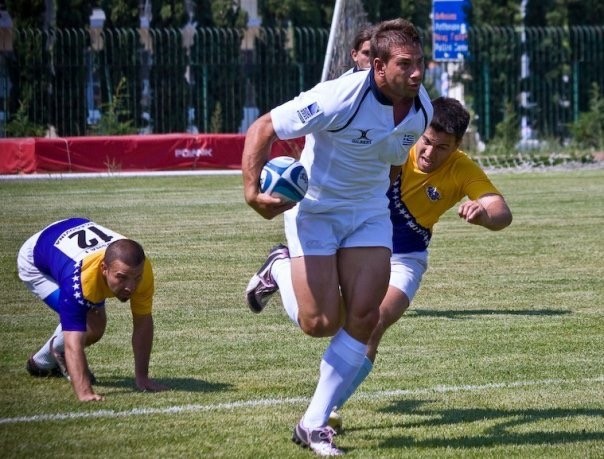 ML: You went to university in California and got a master’s degree in sports science in 2004 but have been in Monaco for nearly ten years. How did you end up here?
CF: Playing against Monaco in Menton, where I scored 3 tries for Greece, Anthony Hill, the manager from Nice saw me and asked me if I’d be interested in playing for them. I stayed for 3 years.

During that time, a bunch of the guys asked me to help them train, and Dan Luger, my team mate in Nice, suggested I do some training for corporate clients in my free time. By the time I met my wife around 2010, I had to decide whether to continue to play rugby or to start my own training business. I had a good base, was not far from my country, and was starting to speak the language. Plus, my clientele was growing and I realised I could make a living so I stared Elite Fitness. 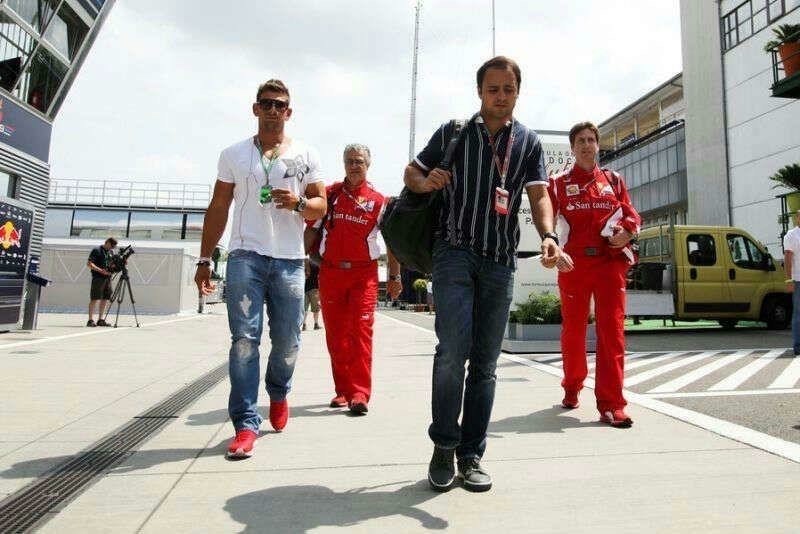 ML: How did you end up training Monaco resident and F1 Williams driver Felipe Massa?
CF: Felipe Massa saw me working with one of my clients and at the time he didn’t have a trainer. It was 2010/11 and he was struggling in Ferrari. I took him for 10 days before the Monaco GP, a year before he renewed another year with Ferrari before going to Williams.

I worked with him gradually, as it’s very hard to change the habits of an athlete at the age of 30.

Now, sometimes when he brings some of his friends along, he makes fun of them because they want to throw up. But when he started, I remember I gave him 2.5kg dumbbells to work with and he said, “No, I can’t … they’re too heavy … my shoulders … I have to drive …” He had a lot of back pain so I tried to strengthen his back. He hated to stretch. I had to change his complete mentality. It’s funny to see him train now and even some of the other drivers are surprised to see how he trains now. They never would have believed it.

ML: How is training and FI driver different from other clients?
CF: F1 training is not just physical, it’s also mental. You have to learn not to give up. You have to keep pushing, no matter what.

They need to stay fit to keep their weight down. I give guidelines about eating and keeping fit, but it’s long-term. It’s not a 4-week programme but a lifestyle. You can lose 3 kilos, but you will put them back on, and I cannot sell fake dreams to people. In the media, on billboards, everyone is misleading about being fit and having a great body.

ML: Can you tell us about training Princess Charlene?
CF: I respect her as a princess, but I train her like an athlete. An athlete’s life is very disciplined and Princess Charlene trains very hard, always setting tougher goals.

She wants to be fit for her mental strength and also physically fit for her challenges – the Riviera Water Bike Challenge next week and the upcoming paddle charity race.

Princess Charlene is a mother first, a philanthropist and athlete second, and a princess third.

Local News Staff Writer - August 13, 2018
France has enacted legislation approved earlier this year that will enable significant fines where sexual harassment is committed in the streets.

Local News Stephanie Horsman - September 16, 2020
The Monaco Yacht Show may be cancelled, but that isn’t stopping the Yacht Club from offering its usual roster of events. This year’s line-up is special though and will focus on the environment and health.