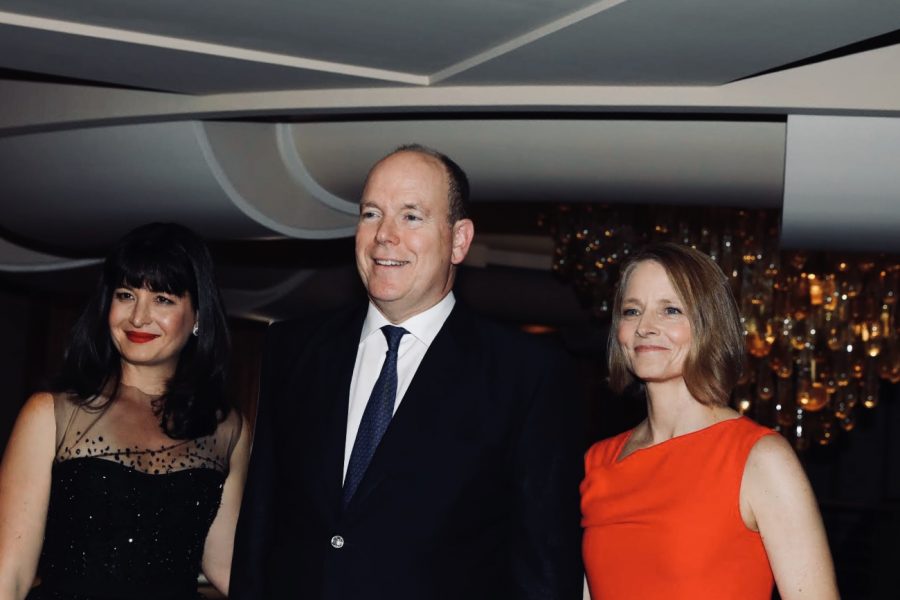 American actress, director and producer Jodie Foster says women should be added to history books to reflect the truth behind their roles in discovering, creating and shaping the world as we know it today. The Hollywood heavyweight spoke to Monaco Life at the screening of ‘Be Natural: the untold story of Alice Guy-Blaché’, a documentary which recounts the life of the first film producer in the world who was largely forgotten because she happened to be a woman.

Directed by Pamela Green, the film made its Monaco debut to a full house at the Princess Grace Theatre on Thursday 3rd October. Organised by Pink Ribbon Monaco, the event aimed to shed light on one of history’s pioneers in film and the position that many women throughout history have found themselves in.

Guy-Blaché carved out a 20-year career writing, directing and producing hundreds of films and creating her own production company, Solax. In a male-dominated industry, her work explored class, race and societal norms from a distinctly feminine perspective. Yet, by 1919 her career had come to an abrupt end and her work was omitted from many history books

Cassandra Tanti: What motivated you to get involved in this film?

Jodie Foster: Pamela Green came to me to talk about Alice, who I had never heard of in my entire life, which is kind of extraordinary considering I have been doing this for a long time. She told me the story and I was blown away and totally inspired by it, and wanted to hear more. I grew up never having met another female filmmaker, there were very few I knew of and most of them were European, so I wanted to hear this story as much as anybody else and it took many years to make it all happen

How much of a contributing factor do you think gender was in the fact that these films were lost and she was written out of the history books?

I think we all agree that it is because she was a woman that she was rendered invisible. She was well educated and she loved her boss who was great to her and did acknowledge her privately, but didn’t seem to think that it was important enough that he remember her contribution. And honestly, in most cases – and I have seen this in my own life – I don’t think it was some great conspiracy. I think people just forgot that women existed. Honestly, they were an after-thought. So, it’s much more about somebody who is marginalised by being forgotten than it was a male conspiracy.

Do you think there should be a rewriting of the history books given the fact we are learning that this has happened to women across many different fields throughout history?

I don’t know if it’s about rewriting history so much as adding to history. Léon Gaumont was a very important part of film history and he was the first person who, after the Lumière brothers, really acknowledged what cinema could be. But it never occurred to him to think about narrative film making. There was somebody next to him who did, and that was Alice. So, we don’t want to diminish his contribution and I don’t think anybody wants to change history, I think they just want to add authentic truth to it. History revises itself as the truth appears with time and this is a great addition. Women have always been important in cinema.

In a male dominated industry such as film, how do you think Alice managed to rise to the top of her career?

Gaumont was an amazing man who loved and appreciated her, not enough to remember her when it came time to attribution, but he understood her. She rose to the top entirely because of her own tenacity and talent. She made over a thousand movies, achieved so many firsts including the first all-African American cast film, she did a movie on planned parenthood, a movie about men and women changing places in society… she was very forward thinking. She also started this idea of naturalism, against the common idea of theatricality. She was really interested in real life, in the smaller details.

Pamela, what takes you from being amazed by someone like Alice Guy-Blaché, to actually an investigative film about her?

Pamela Green: In a way, I feel like her legacy was stolen from us. I just wanted everybody to know about her so future generations can be inspired and have the confidence to know that there was a woman in film at the beginning. And not just in this industry, in many industries. She is just one of many women who has not been given the recognition she deserves, so the more stories like this that come out will show that women have always been there, they just haven’t been documented or recorded.

How different do you think the film industry would be for women had Alice been recognised for her work and others were given the opportunity to see her as a role model?