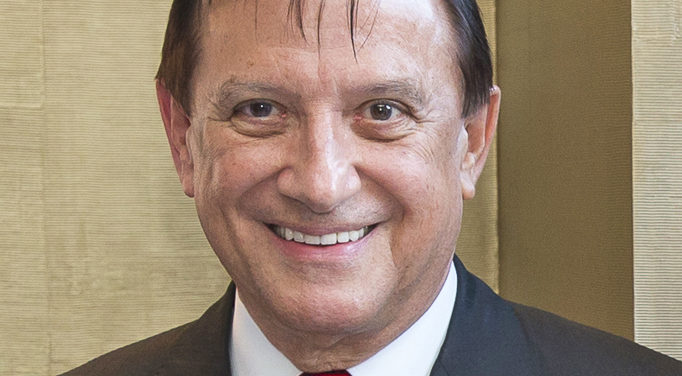 Our Q&A with Monaco’s Brazilian community kicks off with André de Montigny, the Honorary Consul of Brazil in Monaco

ML: You were born in Trois Rivières, Quebec. Tell us about your career that took you from Canada to the US to Brazil?
AM: I studied Actuarial Sciences at Laval University in Quebec City. For people who don’t know what an Actuary is, I’d say that it’s someone who “specializes in uncertainty”. This involves risk measurement and management, insurance, retirement systems, and risk evaluation of investments.

My first job was with an insurance company in Columbus, Ohio, followed by a move to an international consulting firm in New York. I was their first international actuary and was involved with projects in over 90 countries. They asked me to open their business in Brazil, which I did. The potential was enormous, but because the Government of Brazil at the time was a dictatorship and inflation was extremely high, they were afraid to invest. Consequently, I decided to leave and form my own consulting firm, which became the largest in South America. After a little over 10 years of my business, I sold to a large international organisation. This was followed by selected investment projects, including a partnership in an insurance company in Brazil. In the year 2000, my wife Luciana and I moved to Monaco but I’m still a Canadian citizen.

ML: How does business culture differ between these three countries?
AM: In the US, the business culture is more impersonal, based a lot more on the long-term solidity and reputation of organisations with whom you work. In Canada, it is very similar to the US but with a more personal touch. In Brazil, the business relationships are very personal and take longer to build. People have to get to know each other, face to face, and build mutual trust and respect. In Brazil, the success is highly dependent on “word of mouth”.

ML: What brought you to Monaco, and how did you become Brazil’s honorary consul here?
AM: We came to Monaco seeking peace and security. Also, Monaco is ideally located, near beautiful places in France and Italy, near the airport of Nice, and with a great climate with 300 days of sunshine per year. Also, Monaco offers great cultural events year-round. There is always something interesting to do. And not least, Monaco offers great health care. I became the Honorary Consul of Brazil in 2008 due to several factors: we had sponsored various Brazilian events involving high profile people in Monaco, and when the prior Honorary Consul passed away, it was suggested that I submit my name, being that my wife is Brazilian, I did submit my nomination and it was accepted.

ML: What is the function of the Brazilian Honorary Consul and what services does it offer?
AM: The Honorary Consul of Monaco is subordinated to the Consulate-General in Paris. Its actions are complementary, maintaining links with Brazil and with the local Brazilian community.

The main activities are to provide assistance to Brazilians residing in or visiting Monaco, orienting them in case of difficulty; to promote the development of trade, economic, scientific and cultural relations between Brazil and Monaco; and to serve as a support element to diplomatic relations/missions; and perform any specific act at the request of Consulate-General.

The Honorary Consul is not a career diplomat, nor a paid employee of the State, he exercises his functions voluntarily (benevolently). Honorary Consuls of Brazil are not authorised to process requests for issuance of passports, visas or legal documents, which are centralized with the Consulate-General in Paris.

ML: Can you provide a few details about the Brazilian community in Monaco?
AM: There are approximately 100 Brazilians in Monaco, which represents 30 to 35 families, with the average age between 30 to 50. Many of them are in sports, others are working in banks.

There is little import/export between Brazil and Monaco. The main companies of Monaco with operations in Brazil are SBM Offshore and CMM (Compagnie Maritime Monégasque). The Monaco Government Tourist and Convention Bureau have opened an office in São Paulo. As for Brazilian companies, for now, there is little activity in Monaco.