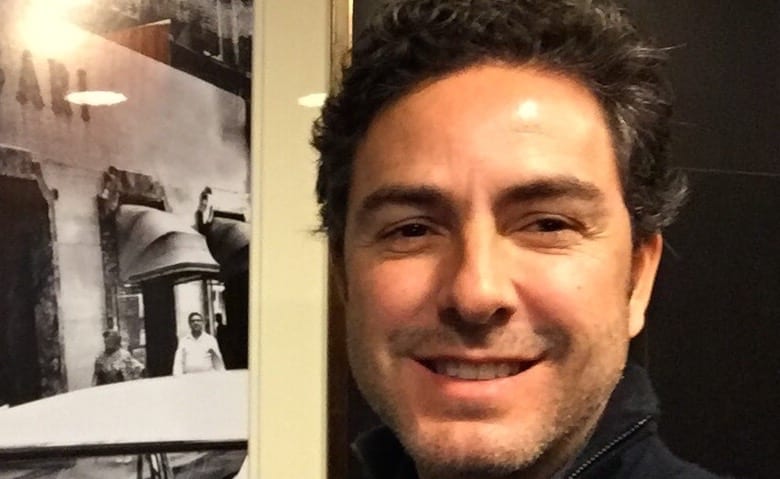 ML: Where are you from in Brazil and how did your path lead to Monaco?

SA-P: Born in the South of Brazil, I am another recent member of the Brazilian community in Monaco, having arrived in the Principality mid-2014. Prior to moving here, I had already spent over 20 years living outside Brazil, in Miami in the US and, for most of the time, in Geneva, Switzerland.

SA-P: An international career in finance and business trips around the world have helped me to be at ease among many nationalities and to appreciate different cultural backgrounds. I managed to learn a few languages – five! – in the process and had my two children in this international environment. Brazilians are known to be a welcoming crowd in their own country and when abroad tend to adapt easily to their surroundings.

Having combined a Latin approach obtained in Brazil and in Miami with a Swiss one (hoping that the outcome would not be too peculiar…), it was time for a new challenge.

Monaco quickly placed itself on the top of my list of choices. I was lucky enough to be familiar with Monte Carlo as a tourist; the time had come to experience it as a resident. The question was whether a Brazilian (and, in my case, under Swiss influence) could adapt easily?

ML: Monaco has more than 30 banks and Banque J. Safra Sarasin is one of its largest. Can you expand upon the specialised services the bank offers, and the key to its success in terms of being a key player in Monaco?

SA-P: My daily activities are in finance, in Private Wealth Management with a renowned bank. The historic stability of the Principality’s finances has always been a beacon of attractiveness for the Monegasque Financial Centre. In my short period here I have already witnessed the evolution of our financial centre. From a financial centre that focused historically on Southern European clients, it is becoming increasingly more international, transparent and modern, capable of dealing with the most demanding, and sophisticated clients from varied horizons. In the wake of this evolution, complementary services such as accountancy, legal expertise and corporate service providers are also coming the Principality, supplementing the much-needed holistic offer expected by modern Private Banking clients.

ML: What did you discover Monaco had to offer once you settled in?

SA-P: After I moved here, my expectations were confirmed. Monaco is indeed a concentration of positive elements, including, very importantly for Brazilians, known for their “joie de vivre” and “outdoor approach”, the fun of living in Monaco on a daily basis, even in the off-season, with its outdoor life and all year-round sports. Take the Larvotto beach, for example, with its summer beach-volley; it makes you think of Ipanema and its sporty beach enthusiasts. My kids also love their life here. Even though they are based in Switzerland most of the year, they look forward to spending the weekends and school holidays in MC. The local Brazilian community, although not very large, is very welcoming.

ML: The Rio Olympics opened this weekend. Does it make you nostalgic?

SA-P: Is there anything I particularly miss from my country of origin? We even have a word in Brazilian Portuguese for this sense of longing: “saudade”, one of the most used words in Brazilian music, especially in the Bossa Nova … it refers to “a deep emotional state of nostalgic longing for an absent something or someone”. Even if Monaco has so much to offer, one distinctive element that’s hard to beat in Brazil: the beauty, richness and vastness of its inland regions and its landscape.

ML: If you had not chosen private banking, what would’ve been your alternative career?

SA-P: If I didn’t work in finance, I could imagine myself raising cattle on a Brazilian ranch…

Local News Staff Writer - October 24, 2016
An accountant is one of three men to have been jailed in the UK for a total of 19 years after they conspired to steal almost £7 million in UK taxes to fund a lavish lifestyle that helped them buy properties in Turkey and the US and fund trips to Dubai and the Monaco Grand Prix. Chris Gill, assistant director of HMRC’s Fraud Investigation Service, said: “These men were driven by greed, abusing systems that are designed to ensure workers are paid correctly and taxes paid to HMRC. “They were all professionals who knew they were breaking the law, but as an accountant Aquil Ahmed was in a position of trust, making his part in the conspiracy even more deplorable. “These criminals thought they’d created a sophisticated fraud, and that by operating through numerous UK and offshore companies, they could hide what they were doing. “But our investigations are thorough, and with assistance from authorities in Gibraltar, we unravelled the many layers they’d created and they are now paying the price for their crimes. “This investigation shows that regardless of the resources of those involved, or how hard they try to hide their crime, no one is beyond our reach. Tax evasion isn’t victimless, it is theft from public services used by us all.” Sentencing the men, Judge Macdonald QC, said the “loss to HMRC is just another way of stealing from citizens of the UK,” adding, that the men “took millions to spend on themselves.”