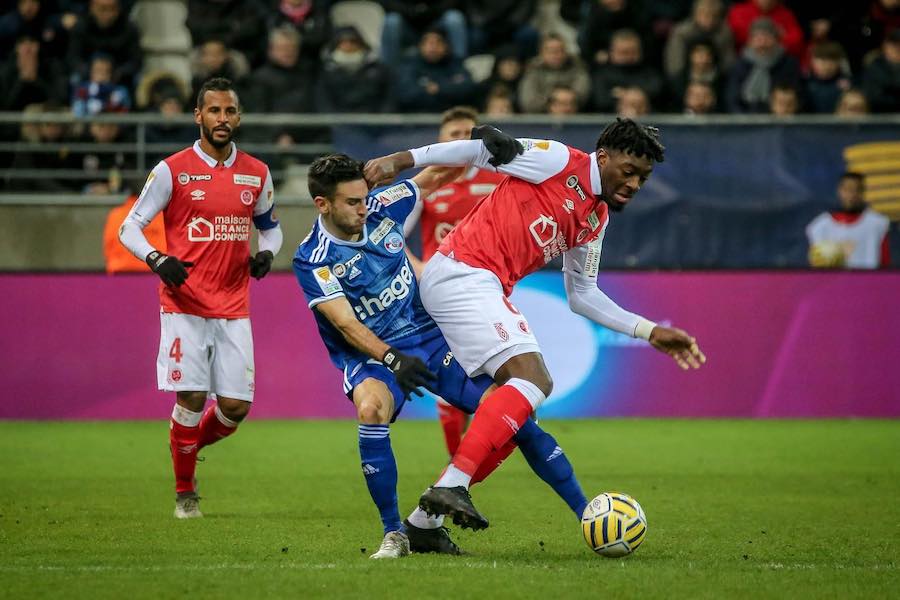 L’Equipe has reported that the Red and Whites have taken on the 22-year-old Disasi despite the best efforts of Arsenal to secure him for themselves.

Negotiations have been going on since mid-June and finally concluded earlier this week with the result being a €14 million initial fee agreement plus €3 million in bonuses. Paul Mitchell, AS Monaco’s Sporting Director, has been scouting young talent to round out the team’s line up, particularly defenders, where Monaco has of late been on the thin side.

When the deal was struck, Disasi had a year left on his contract with Reims.

The young defender came up through the ranks with Paris FC, who at the moment are Ligue 2 competitors. In 2016, the then 18-year-old signed with Reims who hit Ligue 1 status at the end of the 2017-18 season.

This gave Disasi his first shot at top tier play when he debuted against Amiens in August 2018, but it wasn’t until 2019 that he got his big shot. Reims manager David Guion partnered Disasi with veteran player Yunis Adbelhamid when Bjorn Engels went to Aston Villa.

This partnership blossomed, giving Reims the best defensive record in Ligue 1 in the abruptly cut-short 2019-2020 season.

AS Monaco hopes Disasi will be able to plug the hole in their defence, which has been less-than-stellar of late. With his strength and agility, there is every reason to think he will succeed.