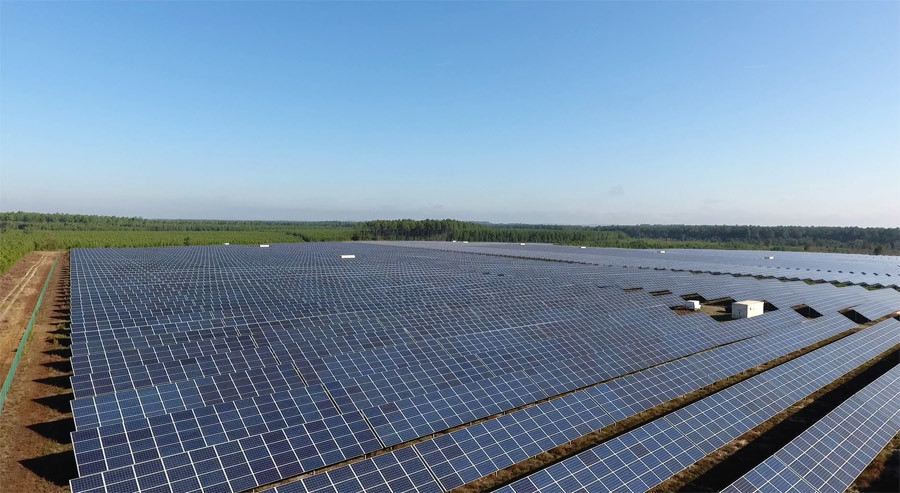 As part of the Principality’s aim to achieve carbon neutrality by 2050, the Government is pursuing an active solar development policy. Subsidies have been announced for the installation of photovoltaic and thermal solar panels.

The Monaco Government and the Monegasque Electricity and Gas Company (SMEG) combined their skills with the creation, at the end of 2017, of Monaco Energies Renouvelables (MER). The Company’s mission is to seek investment and development opportunities in renewable energy projects abroad.

In line with this objective, Monaco Energies Renewables has just acquired eight photovoltaic parks totalling a production capacity of 39 MWpec, distributed in seven departments in the south of France.

“MER has the goal that Monaco will become one of the first states to have 100% green electricity production capacity, equivalent to the consumption of its territory,” said Marie-Pierre Gramaglia, Government Counselor-Minister of Equipment, Environment and Urbanism. She adds: “If we are interested today in the development of photovoltaic plants, we are also thinking about the possibility of integrating hydropower, biogas and wind to control our energy supply costs.”

These acquired sites totaled 46,000 MWh / year, or about 9% of the electricity consumption of the Principality of Monaco. Thomas Battaglione, Managing Director of SMEG and Managing Director of MER, says: “SMEG, as an energy expert and operator, is working with the State of Monaco to bring its expertise in the renewable energy sector, identify better development opportunities and ensure the best possible operating efficiencies.”

Local News Staff Writer - February 19, 2019
Right from Apple Maps, passengers can plan their journey through the airport in advance of their flight, including finding nearby restaurants and shops.

‘One of the most carefully-prepared racing cars’...

An iconic Bugatti classic that has had only two owners since the 1950s will go under the hammer in the US later this month. The Bugatti Type 51 chassis number 51121 has an impeccable record, having been driven in the Monaco Grand Prix on four occasions. Purchased new by Francis Curzon, the 5th Earl Howe, the car will be on the block at Bonham’s Quail Lodge auction in Monterey. Howe was the first president of the British Racing Driver’s Club, a group still in existence and the owners of the Silverstone circuit, home of the British Grand Prix. Number 51121 was driven hard across Europe at Brooklands, Donington, Nürburgring, Montlhéry, Monza and Reims, and at hill climbs including the Klausenrennen and Shelsley Walsh, where it set fastest time of the day in 1932. Howe entered the car four times in the Monaco Grand Prix, placing fourth in 1932, and running to the late stages in the 1933 event. At the Monaco Grand Prix, W.F. Bradley of The Autocar wrote that the new Bugatti was “… one of the most beautiful and carefully-prepared racing cars it has been my privilege to examine in a very long experience”. He described how the engine developed approximately 20 percent more power than the Type 35 and “is marvellously rapid in acceleration”.