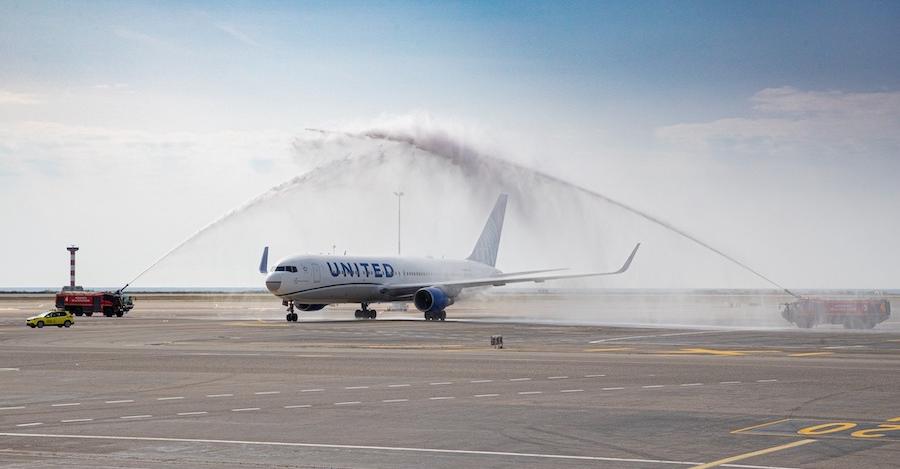 A much-delayed and highly anticipated direct route between Nice Côte d’Azur airport and Newark Airport has opened, and Monaco tourism delegates have been in the Big Apple to capitalise on the new link.

As the dark days of the pandemic start to fade into the rear-view mirror, new options for travel, long-delayed due to restrictions, are now re-emerging, presenting airline travellers with new opportunities.

America, for example, had been off-limits for Europeans for a seriously long stretch, and now, just in time for summer, those limits have been repealed. As such, United Airlines has opened a new route from Nice to New York’s Newark Airport, originally planned to launch back in 2020.

The flights run daily from now through to 6th September, leaving Nice at 12:10pm and arriving in New York at 3:45pm, local time. This super-convenient flight means travellers will be able to hit the city in time for happy hour without breaking a sweat.

The return is equally good, leaving New York at a civilised 7.55pm to arrive the next day in Nice at 10am.

This link “will not only bring Nice closer to New York” but also “connect Nice to more than 85 destinations on the American continent,” said Grégoire Dutoit, Commercial Director of United Airlines in France.

For now, the flight is only seasonal, but if it proves a success, there is every chance, Dutoit says, that it will become a permanent fixture on the flight schedule.

With the Nice airport a short distance from the Principality, and not one to miss an opportunity, Monaco’s Tourist and Convention Authority (DTC) headed to New York for a promotion operation on American soil.

The Monegasque delegation, which included Director of Tourism Guy Antognelli and the general managers of the Principality’s main hotels, met with travel agents and journalists specialising in tourism, to discuss topics such as the “spectacular recovery of luxury tourism in the North American market”, the government revealed in a press release.

Guy Antognelli was also involved in the inauguration of the new flight at the airport boarding gate, surrounded by the United Airlines crew.

United Airlines is now the third operator between the two cities. The same route is offered by Delta Airlines from New York JFK and La Compagnie flying to Newark on a 100% business flight.