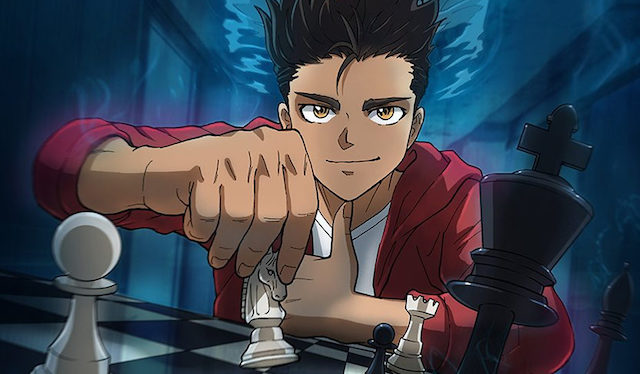 Manga fans, rejoice! The very first Monegasque Manga book, entitled Blitz, is being released to the public later this month at the Bibliothèque Louis Notari.

Blitz, based on an original idea by French entrepreneur and Japanophile Cédric Biscay, has been produced by Monegasque Shibuya Productions, known for video games Shenmue 3 and the animated series Astroboy Reboot. The book will be premiered on Thursday 13th February and will coincide with the world chess match taking place between Monaco and Japan that evening.

Shibuya Productions, owned by Mr Biscay, will be giving fans an opportunity to meet him, the animator Daitarô Nishihara, and the world-class chess players in attendance.

This meeting of the manga and chess worlds may at first glance seem an odd combination but makes perfect sense when revealed that the world’s most famous chess player, Garry Kasparov, sponsored and supervised the creation of the book and the plot revolves around the game.

The story centres on Tom, a schoolboy who has a crush on beautiful chess enthusiast Harmony. He joins the university chess club to get closer to her but hasn’t a clue how to play. He knows he hasn’t much time, so he starts intensive training, including learning the history of the game. He quickly learns of Garry Kasparov, and through the help of a virtual reality machine, is able to get into the mind of the master, leading to an unexpected event that takes Tom to the highest echelons of the chess world.

The evening stats at 6pm on 13th February at the Monaco Media Library. Admission is free. For more information visit www.mediatheque.mc