Monaco march on with victory against Toulouse

Monaco march on with victory against Toulouse 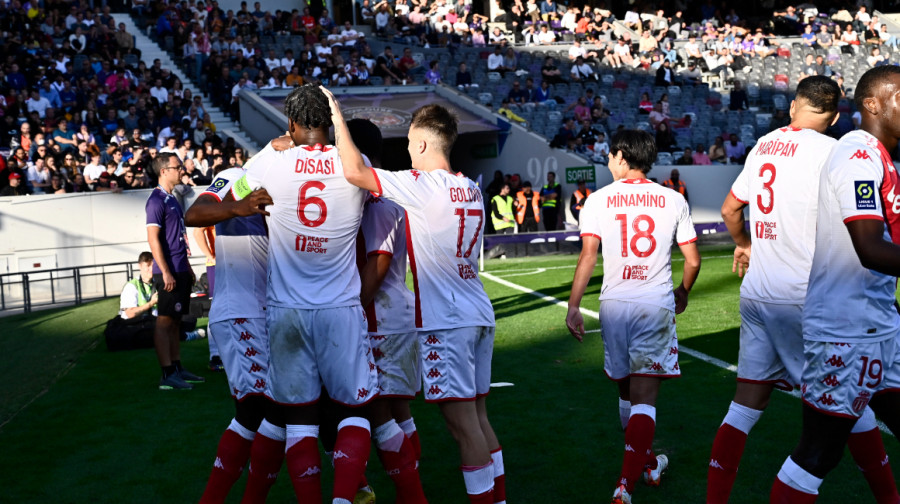 AS Monaco continued their momentum with a comfortable 2-0 victory against Toulouse on Sunday to break into the European places with just one game to go until the World Cup break.

Philippe Clement’s side had the chances to take the lead in the first half, but they lacked the accuracy to take them, with Aleksandr Golovin guilty of missing some gilt-edged opportunities.

However, the Russian playmaker made up for his misses within seconds of the restart. Cutting in on his right foot just outside the box, he curled a sumptuous effort into the top corner. It isn’t the first time he has scored such a goal this week.

Monaco then kept their foot on the accelerator and chased a second, which they got less than 15 minutes later. Breel Embolo was once again the scorer, latching onto Takumi Minamino’s cross at the back-post to head into the empty net.

Had the Monégasques been more efficient, they could have had more, but ultimately the two goals were enough, with Clement’s men moving up to fourth in Ligue 1, at least temporarily.

“It’s always difficult after a qualification to play again and perform straight after. They carried out a good match with lots of maturity,” said Clement post-match.

On Golovin, Clement said, “We spoke about him when I came to the club eight months ago. He had already been here three/four years but was often injured. I saw a player in training that was technically gifted but physically perfectible. We told him that with the performance staff, we could make him a big player. Thanks to that, he can now string together the matches; he his more explosive and more solid as well. He has taken things into his own hands to become the player he is at the moment.”

Man of the match – Aleksandr Golovin

This is arguably Golovin’s best period in a Monaco shirt. He has found a physical level that he has never previously reached, allowing him to play a key part in every Monaco match thus far this season. Golovin’s run in the team has allowed him to find consistency, and the effects are telling. He is scoring more regularly and is more frequently decisive in the final third. The Russian was highly coveted in 2018, with Monaco splashing a reported €30m on the CSKA Moscow player, but he is beginning to justify that fee and assert himself as a key figure in this side.

Monaco face Marseille at the Stade Louis II next Sunday in the final match before the break for the Winter World Cup.