Monaco march-on with win at Metz

Monaco march-on with win at Metz 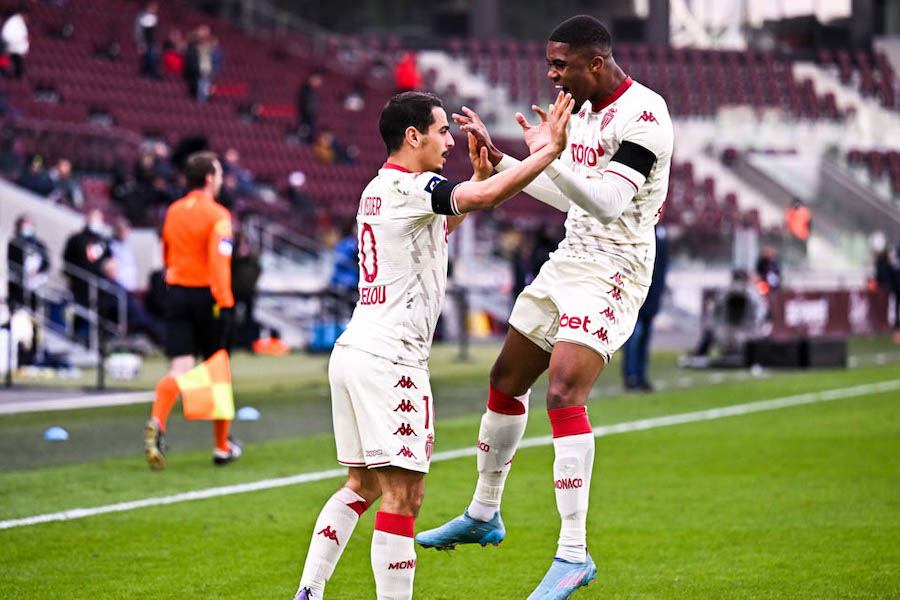 AS Monaco picked up where they left off against PSG with a gritty win against Ligue 1 strugglers Metz on Sunday (1-2), potentially signalling a timely return to form for the European hopefuls.

Potentially is the operative word, however, for a side that, in beating Metz, registered only their third set of back-to-back victories in Ligue 1 all season. Having won three on-the-bounce in September and early October (against Saint-Etienne, Clermont and Bordeaux), they would not do so again until December. The second win in that particular run was against Sunday’s opponents, Metz, starkly highlighting the side’s inconsistency in the second-half of the season.

It is also the first time they have done so under Philippe Clement, who pre-match, sought to downplay the interruption that the recent international break played, highlighting instead the positive “dynamic” within the group. Perhaps it was this dynamic that got Monaco over the line against a battling Metz side, who remain rooted in the relegation zone following the defeat.

Trusting in the players that secured that emphatic 3-0 victory against PSG, Clement made only one change to that side, Vanderson coming in for his Brazilian compatriot Jean Lucas. Their first-half performance, however, was unrecognisable to the performance on that day in March.

As Monaco often do against low-blocking sides, they maintained possession for large swathes of the half without doing that much with it. Aleksandr Golovin, making consecutive starts for the first time in 2022, was brought in to unlock the key in the final third, but lacked the creative spark to do so. Although he was a tidy, metronomic figure in the final third, he did nonetheless look like a player trying to re-discover himself in what has been a heavily injury-hit season.

A change of personnel, and of formation, at half-time was what was needed to change the direction of a match that looked destined to be a repeat of Monaco’s numerous failed exploits against defensive, relegation-struggling sides.

Myron Boadu came on for Gelson Martins, joining Wissam Ben Yedder up front, as Clement’s side converted into a 4-4-2. That change reaped immediate rewards. Just 35 seconds after the break, Vanderson’s through ball was fortuitously diverted into the path of the lethal Ben Yedder by Dylan Bronn. First-time, the Ligue 1 top-scorer slotted past the stranded Metz keeper to open the scoring.

Spaces began to appear where previously there had been none. Monaco had chances to double their lead, but to the surprise of many, it was Metz who got the game’s second goal. Ibrahim Amadou spectacularly latched onto Farid Boulaya’s corner, rifling a spectacular overhead kick past a helpless Alexander Nubel.

Monaco needed to dig deep to prevent another failed exploit at a lowly Ligue 1 side, and it looked as though a Boadu tap-in had restored the away side’s lead. A VAR check, however, rightly ruled it out for offside.

The Dutch striker wasn’t deterred, and his impressive cameo would yet yield a goal. Just minutes later, he latched onto a tantalising in-swinging cross from Caio Henrique, his diving header at the back-post too strong to be kept out.

Metz pushed for a winner, but Monaco held firm to see out the victory (1-2), and ensure a winning return following the international break.

Post-match, Clement praised his side’s mentality. “We believed in ourselves. It’s never easy to come here and win, and never simple to face teams that are battling to stay in the division. It was therefore very important to take the three points, and I think we amply deserved it.”

The hope going forward is that these dominant performances turn into wins, and give momentum for a push to the European places that will likely go to the wire. “We are regularly above our opponents in terms of statistics, and it is important that that materialises in the table,” said Clement.

A likely statistical dominance against Troyes next weekend will count for nothing if it isn’t converted into three points, with sterner, potentially decisive tests against fellow European chasers Rennes and Nice to be overcome in the coming weeks. 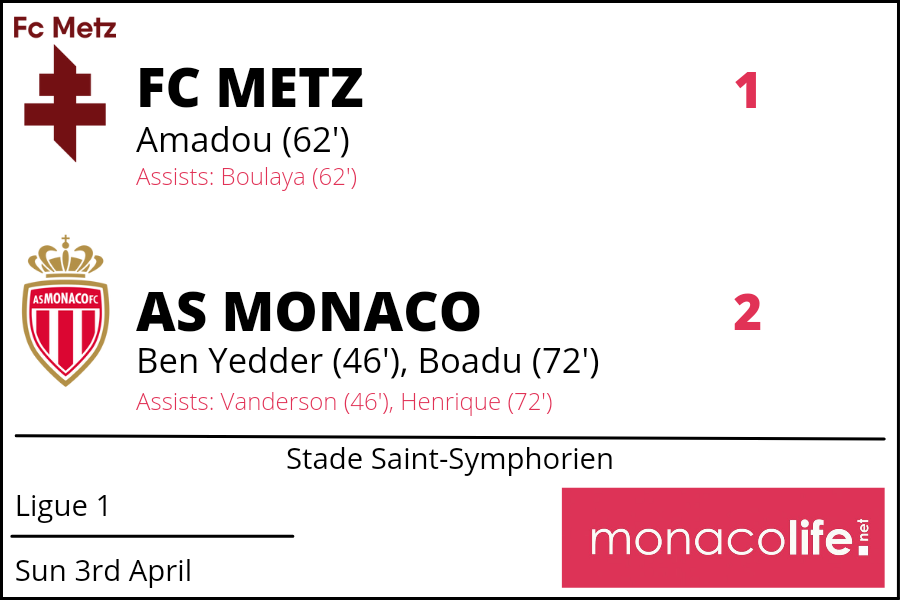