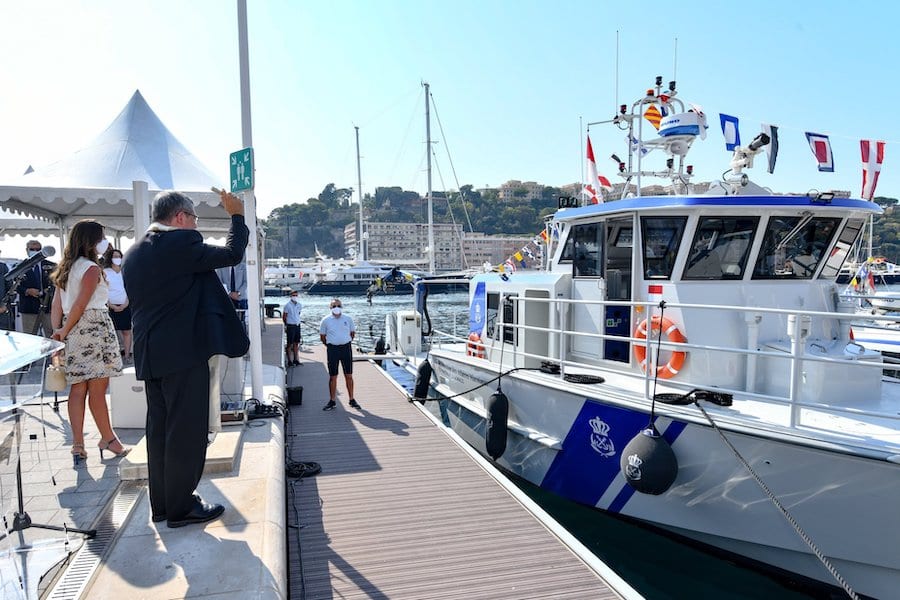 The Maritime Affairs Department has added a new multi-use boat to its fleet. On Thursday 17th September, Vitamar III was revealed publicly in the presence of many local dignitaries that included Minister of State Pierre Dartout, Minister of the Environment Marie-Pierre Gramaglia, and Director of Maritime Affairs (DAM) Armelle Roudaut-Lafon.

Madame Roudaut-Lafon gave a speech presenting the new vessel, after which Monseigneur Dominique-Marie David, the Archbishop of Monaco, officially blessed the boat. It was then “baptised” with a bottle of champagne by the ship’s “godmother” Leticia de Massy.

The monohull vessel, built in 2019, was purchased from Transmetal Industries, a shipyard based in the Var, for €1.5 million. The primary functions of the new ship include coastline maintenance, the fight against marine pollution, the preservation of the environment, firefighting assistance, and inspections at sea.

The Vitamar III rounds out the DAM fleet, which also includes two semi-rigid hulled boats, the Sainte-Devote 2 and the Corallium 2, both acquired in 2014.