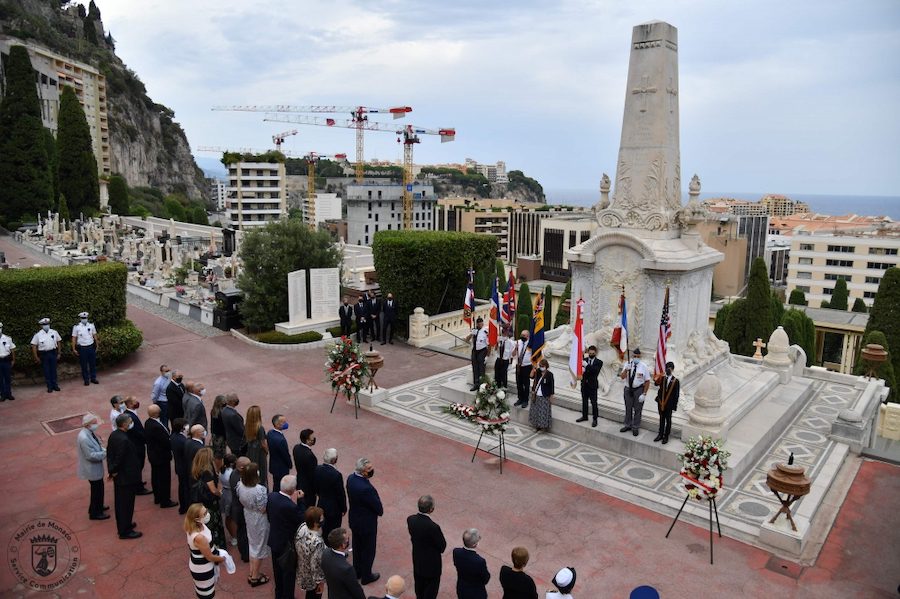 The Mairie hosted a commemoration ceremony for the liberation of Monaco on 3rd September, paying tribute to the brave men and women who helped free the Principality from Axis-power control.

On Friday 3rd September, Monaco’s City Hall, led by Mayor Georges Marsan, hosted a remembrance ceremony at the Monaco Cemetery as a tribute to those who participated and lived through the Italian and Nazi occupations of World War II.

The occupation began on 11th November with the Italians. After the fall of Mussolini, the Germans stepped in the September of 1943 to take their place and began almost immediately to systematically deport the Jewish population.

In his speech, Mayor Georges Marsan reminded those present that “in these uncertain times when conflicts are still present in several parts of the world which are bruising the populations, the duty of memory is still as primordial. These commemorations allow us to remember that men and women refused to be oppressed and fought at the risk of their lives for us to live free. These are important episodes in world history and in the history of our country.”

Wreaths were laid in front of the war memorial before everyone moved to the cemetery to gather at the graves of Monegasque resistance fights René Borghini and Joseph Lajoux who, along with Esther Poggio, were executed in August 1944, just a short time before the enemy troops retreated on 3rd September.

Members of the Commemoration Committee were also invited by the mayor and representatives from the Communal Council to join them to raise a glass to the brave people of the Principality.