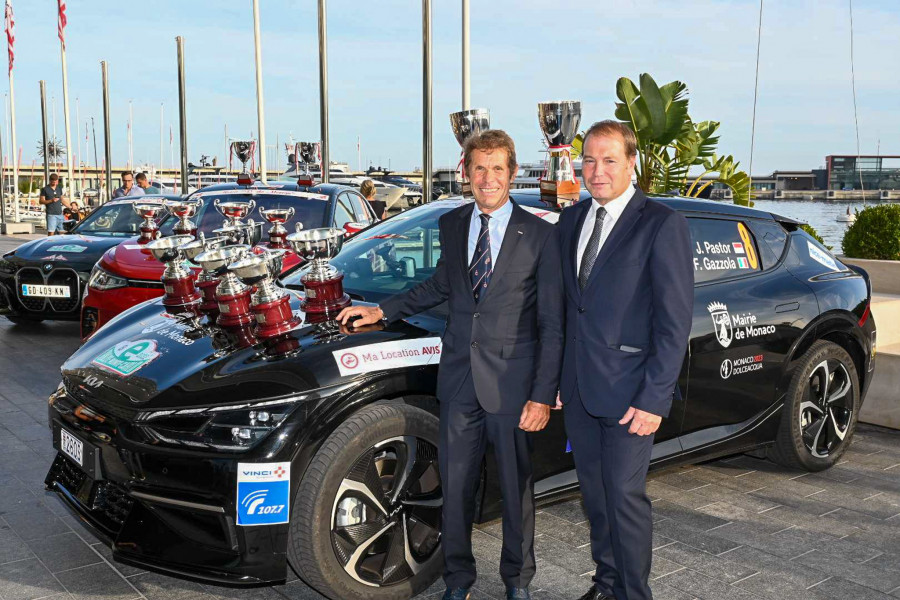 Jacques Pastor, representing the mayor of Monaco, and Fulvio Gazzola, the Mayor of Dolceacqua won the 6th edition of Monte-Carlo E-Rally on Saturday.

After four days of racing across 350km, the winners of the latest edition of the electric rally series were crowned. Daghe Munegu (Go Monaco!) took the title with Pastor, deputy mayor of Monaco, and Gazzola at the wheel of a KIA EV6.

Coming from Valence, the grid made its way through the Alpes-de-Haute-Provence before arriving in the Principality on Friday evening. They then departed the Principality for a final stage in the Var, before returning for the prize-giving ceremony at the Monaco Yacht Club on Saturday evening.

“This rally above all allows amateur crews to have serious fun. We are delighted to add our name to the list of winners of this incredibly popular event,” said Pastor at the ceremony.

“A first experience, certainly tiring, but which, beyond announcing the next twinning of our cities, allowed us to live a very beautiful human adventure,” added Gazzola.

Second and third places were taken by all-French teams, whilst a Monaco team consisting of Olivier Campana and Nicolas Milanesio finished in fifth. There is now a break in Monaco’s hectic racing calendar, with no big races until the Monte-Carlo Rally in January.