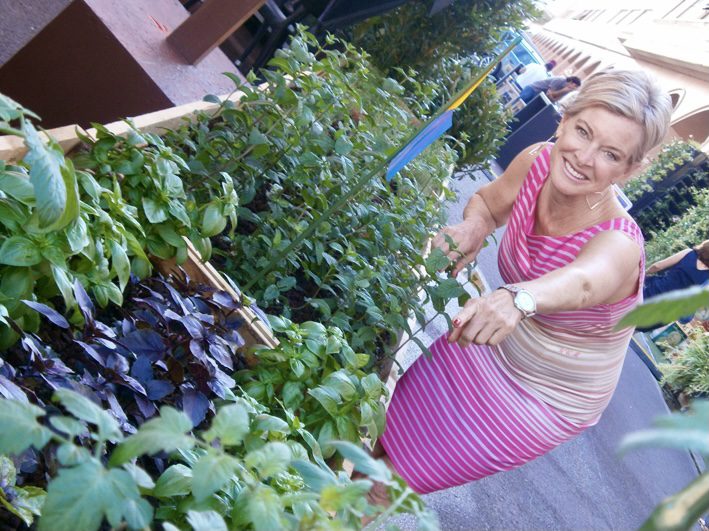 Kate Powers, co-founder of the Stars n’ Bars restaurant in Monaco and one of the Principality’s most beloved adopted citizens, has died after a brief illness.
Kate Powers has not only been the personality behind the popular American restaurant on the port, she has spearheaded numerous environmental and wellbeing campaigns in the Principality.
In an interview with Monaco Life, Kate once revealed that she had actually wanted to become a nun. But life took her down another path, and that journey led to her to a full life in the Principality.
Born in America, Kate and her family moved to Monaco in the late 1950s, and in 1962 her mother Jeanne Kelly married Edouard van Remoortel, Principal Conductor for the Monte Carlo Symphony Orchestra.
As a young adult, Kate went to Texas in the United States and worked her way through the ranks to become a chef and restaurant manager. In the late 80s, she made her way back to Monaco to help her brother Mike launch Le Texan restaurant, named by Prince Rainier himself. In 1993, her partner and then chef Didier decided to open a sports bar, which moved locations and eventually came to be known as Stars n’ Bars on the port of Monaco.
“I believe our success came from following our gut feelings and our hearts,” Kate Powers told Monaco Life. “We really wanted to do something fun and different for the families and the community. It was scary because it was so big and built during the recession of ‘93. But it felt like a mission to me and I felt guided to build a place where we could welcome all walks of life and share our passion with as many as possible.”
And that’s exactly what Kate Powers did for three decades. For the local community of expats, Kate Powers embraced various national celebrations, like Australia Day, Independence Day, and who can forget those Halloween parties? From comedy nights to wellbeing conferences, Kate always had the space and the time.
But she was more than a restaurant owner and beloved member of the Monaco community. She was a fierce environmentalist and passionate supporter of Prince Albert’s work on biodiversity and ocean protection. She co-founded Monacology in 2004, a week-long event which attracts more than 1,000 school children each year to its EcoVillage.
Kate also actively promoted community action for the planet through the creation of the Monaco Green Team made up of representatives of government, associations and the private sector as well as the Eco-Angels, a team of volunteers who help pick up waste after major events on the port. In 2020, Kate was named Ambassador for Monaco’s Mission for Energy Transition.
In addition to all of this, it is that smile that Kate Powers will always be fondly remembered for, a smile that she gave to each and every person she met, old friends and new.
The Prince Albert II of Monaco Foundation on Monday paid tribute to Kate Powers, saying, “It is with great sorrow that the Foundation’s team has learned of the passing of Kate Powers. Deeply committed to the preservation of the planet, Kate was a warm person with a generous heart.
“Conscious that raising awareness among the younger generations is key to a sustainable future, Kate co-founded Monacology. From climate marches to clean up operations to the Monaco Ocean Week, Kate was always present, offering her time and determination to causes she sincerely believed in. We will miss her smile, her energy and her friendship. We express our deepest condolences to her family and friends.”
Kate is survived by her son Shane Heminway, his wife Charlotte and her grandchildren Josephine and Stella in Monaco, her brothers Mike Powers in Monaco and Drake Powers in St. Louis, Missouri, her sister Rainey Fogiel in Dallas, Texas and Didier Rubiolo, her longtime partner.
“Kate is a true Monaco icon. As a mother, grandmother, restauranteur, and mentor, Kate was an inspiration to her family, her friends and her community,” reflected Eric Brundage, Publisher of Monaco Life.