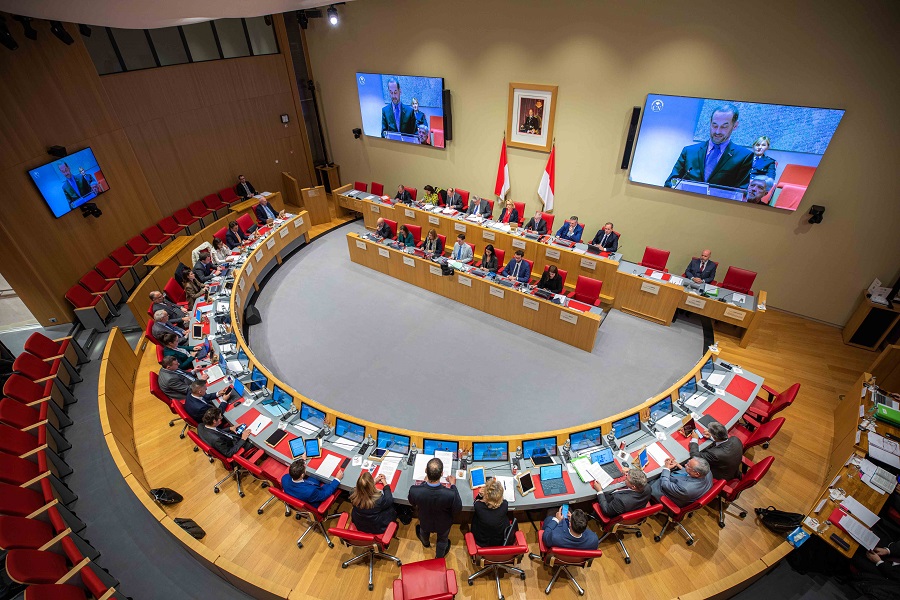 Monaco’s National Council has voted unanimously on a series of new laws that would bring the Principality’s judicial processes up to date and in line with France, including mental health support for criminals and rights for victims.

The National Council met on Wednesday 30th November as part of a public legislative session. The bills on the table, all positive in their ability to improve and reform Monaco’s legislative system, were ushered through somewhat quicker than normal as the government pushed the National Council to meet the deadline of an evaluation by MONEYVAL, a permanent monitoring body that is currently assessing the Principality’s conformity to international standards.

Although the laws were accepted unanimously, the rush to complete the tasks at hand has led to tension in the National Council, with President Brigitte Boccone-Pagès saying she had “never seen a situation such as the one we have experienced in recent weeks” and held the government accountable for the pressure put on her and her fellow councillors. Minister of State Pierre Dartouthas accepted her criticism of the “difficult conditions” and thanked the members of the National Council for their “responsibility in seeing these procedures through to their conclusion”. He promised “better anticipation” and “planning” in the future.

Five important texts were examined, ahead of a vote which saw unanimity across the room. Here is a breakdown of the new laws.

Bill No.1030 pertains to preliminary investigation and alternative measures to prosecution, introducing a third option – something between the dismissal of a case and public prosecution – to the Attorney General. This “alternative measure” could offer perpetrators support from a health, social or professional structure in the place of incarceration, and assist them in “regularising their situation” or indeed go some way to repairing the damage caused by the offence they committed.

Bill No.1031 lays the ground for reform of the investigative and appeal stages by modernising the existing procedures set out by the Code. Part of the bill includes the creation of an “assisted witness” status similar to that of the French law. It also clarifies Monaco’s standpoint on criminal liability and the appeal process.

“The National Council is fundamentally in favour of any progress in human rights in the Principality. We are not and never have been a repressive or authoritarian society, but on the contrary an integrative society,” said Counsellor Guillaume Rose. “The icing on the cake [of Bill No.1031] is that the defence will have the first right to speak last. For fans of certain TV series, this seems like routine, but in Monaco [this development has been] a delay that is being made up for: a National Council tirelessly at work, years of negotiations that lead here.”

Bill No.1067 brings Monaco’s laws governing the “seizure and confiscation of instruments and proceeds of crime” in line with those of the European Parliament and European Council (Directive 2014/42/EU). It also absorbs recommendations made by MONEYVAL in its ongoing evaluation of Monaco.

Bill No.1068 provides new provisions for international legal assistance in an effort to “strengthen the Principality’s international cooperation in criminal matters” as well as do away with any ambiguity in the pre-existing legislation.

Bill No.1072 offers an amendment to a law previously passed in 2009 that represents the Principality’s crackdown on money laundering, terrorist financing and corruption. The government says that by widening the scope of this law, it brings Monegasque legislation up to scratch with the “latest international standards”.

Following the meeting, the National Council’s president, Brigitte Boccone-Pagès said, “The National Council has once again assumed its responsibilities to preserve the reputation of the Principality and to develop our legislation, in accordance with the requirements of the international organisations, which establish new standards for the regulation of our contemporary economies. I have no doubt that these advances will therefore contribute to strengthening our attractiveness.”