Monaco ON leading the charge for new stations

Monaco ON leading the charge for new stations 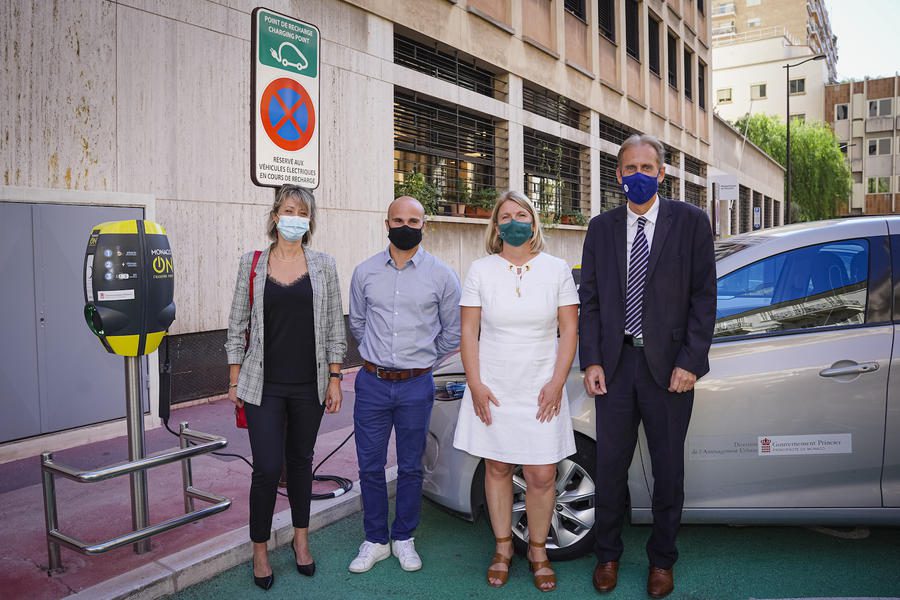 Just 18 months after being announced, the government has revealed the latest upgraded terminals for electric vehicles through the Monaco ON network.

On Wednesday 22nd September, the new Monaco ON network was unveiled by the Department of Equipment, Environment and Town Planning.

Scheduled as part of European Mobility Week, the event took place with the other players helping to build the new network, including Mission for Energy Transition, Department of Urban Planning, and the Public Parking Service, as well as the network’s operator, Société Monégasque de l’Electricité et du Gaz (SMEG).

The upgraded terminal units, the government says, are now more efficient, subscription and cost-free and more readily identifiable due to their cheery yellow colour. They’re objective has been to gradually replace self-service outlets with electric service stations grouping together several terminals to make electric vehicle charging ever more efficient and accessible to as many people as possible.

There are currently 113 Monaco ON terminals installed in seven car parks around Monaco. Three new car parks will also be equipped with terminals by year’s end, equalling 80 new stations. On public streets there are an additional 17 terminals that can accommodate two vehicles each. Twelve new street-side terminals will be added by the end of 2021 and will include seven with four spaces and five with two.

As maintenance can also be an issue, the government’s partnership with SMEG has insured clients have 24/7 support and assistance.

It is estimated that 10% of vehicles in the Principality will be electric, hence the response by the government over the past year and a half to supply so many additional electric charging stations.