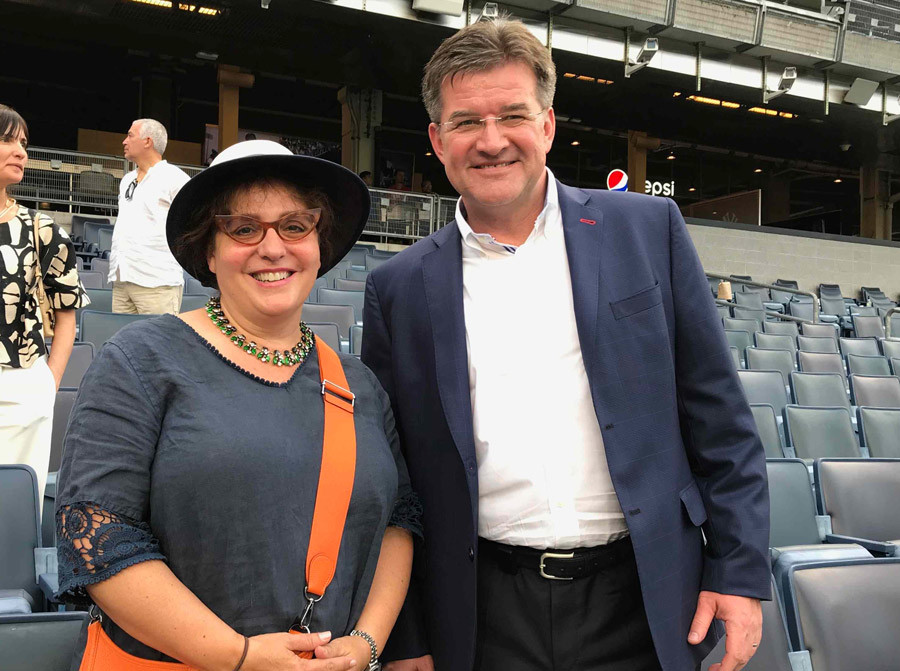 The Permanent Mission of the Principality of Monaco to the United Nations in New York held the “World Cup of Sustainable Development Goals for Young People” from June 22 to 24 to promote the SDGs through sport.

Eight out-of-school programmes supported by NGOs were selected by New York City Hall, representatives from the SDG Fund, UNICEF and UN Women to raise awareness of the UN’s work for sustainable development.

Each of the eight teams was awarded official jerseys donated by the partner delegations -Germany, Belgium, France, Morocco, Republic of Korea, Senegal and the Russian Federation.

All children, coaches and chaperones were also invited by the New York City Football Club to a match between the club and the Toronto team for the championship at Yankee Stadium.

Building on this experience, the SDG Fund will present, as part of the next High Level Policy Forum on Sustainable Development, a guide on the use of sport for the promotion and implementation of SDGs.

Books on the beach with prizes to...

Photo: CD[/caption] In collaboration with the Marine World Discovery Centre, Monaco’s Environment Department is organising a pop-up library on Larvotto Beach on Tuesday, July 25 and Monday, August 7, between 4 pm and 7 pm. The Bibliomer, an itinerant and playful library, travels all summer along the beaches of the coast. Last year, it enabled young readers to discover the riches of the Mediterranean Sea, especially the coastal zone. Smaller children were particularly fascinated. This summer the focus is on entertainment. Facilitators will offer workshops on fishing, whale watching and waste management, with booklets, books and prizes to be won. Further information: environnement@gouv.mc.