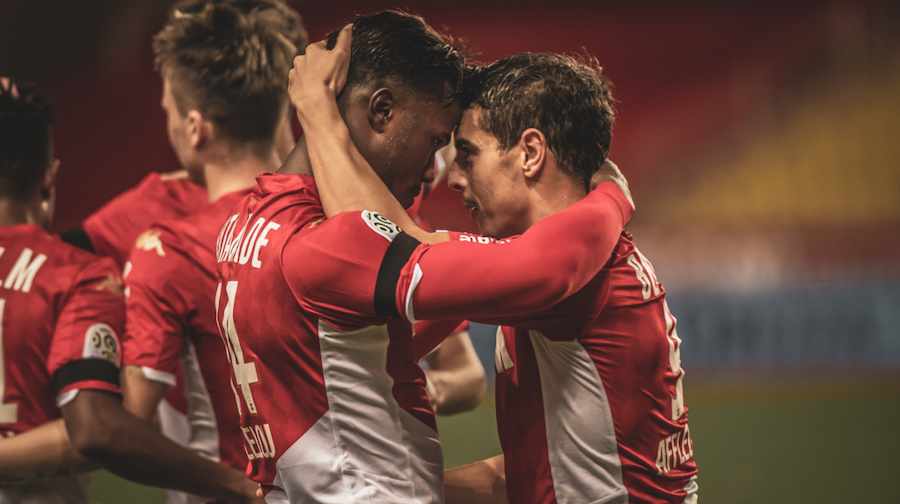 Frustrated in the first half by an obdurate Amiens side, Monaco made the difference in eight incredible minutes from the 62nd minute onwards. Up until that point, Luka Elsner’s defensive game plan had worked superbly for the visitors, who coped with losing star forward Serhou Guirassy to a hamstring injury in the 14th minute.

Gaël Kakuta had the first attempt on target (51′) of the match but Benjamin Lecomte in the Monaco goal stood firm. Ben Yedder fired wide when everybody at Stade Louis II expected him to score (53′) and then just beyond the hour the French international did get his goal (62′) to take him out on his own at the top of the Ligue 1 Conforama scoring chart.

Amiens’ defensive shortcomings from corners were again exposed as they failed to deal with Alexsandr Golovin’s outswinger and the ball ended up sitting up for Ben Yedder to volley home, even though Régis Gurtner got a hand to it. It was a league-leading seventh goal conceded from a corner by Amiens this term.

Four minutes later (66′) Monaco eased clear as Golovin’s fre-kick from the left was steered in on the volley by Guillermo Maripan for the Chilean international’s first Ligue 1 Conforama strike. Fousseni Diabaté was Amiens’ most lively player and he fired narrowly wide before Monaco made the points safe. Gurtner denied Ben Yedder but Keita Baldé followed up to score (70′) as the Principality club made light of being without suspended forward Islam Slimani.

While Monaco are looking up ahead of facing Angers and LOSC to close out 2019, Amiens have only three clubs behind them in the table and have to tighten up defensively if they’re to start picking up points again.

The French international forward wasn’t at his sharpest in front of goal but could still have ended up with a hat-trick. If his close-range miss was a surprise (53′), the former Sevilla striker took his volley well and provided he stays fit for the duration of the season he is a frontline contender to finish up as the top scorer in the division.