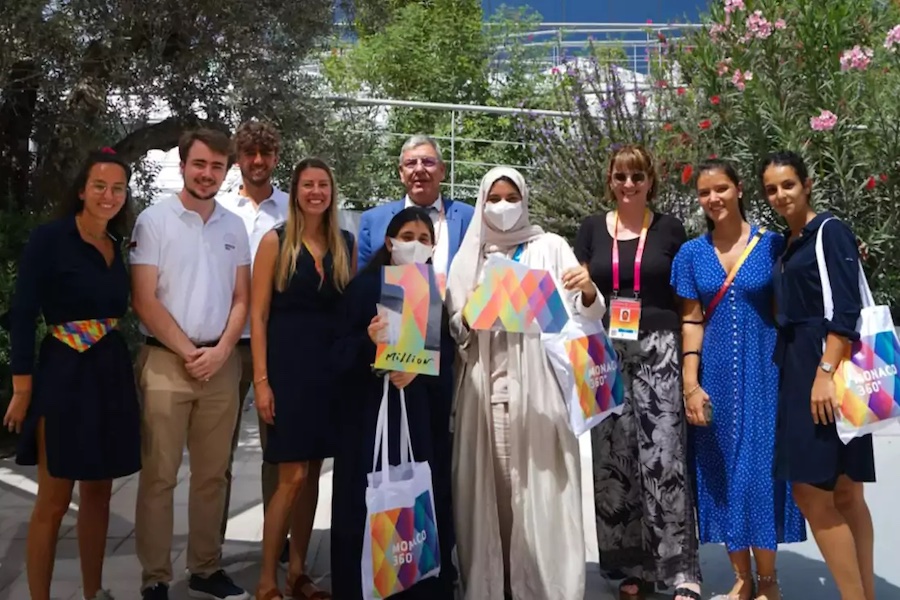 With just four days to go at the Universal Exposition in Dubai, the Monaco Pavilion hit the million-visitor milestone.

Two unsuspecting women from the Emirates strolled casually into the Monaco Pavilion at exactly 11:50am on Sunday 27th March. Little did they know they would be greeted with the surprise of learning they were the millionth guests to enter since the start of the Universal Expo on 1st October.

The team working the Pavilion, including General Manager Albert Croesi, were on hand to welcome the women, who received a “privileged visit” to the Monegasque Pavilion.

Said Mr Croesi of the historic moment, “We also offered a few Monaco 360º presents and the magnificent collector’s item, made by the Automobile Club de Monaco, representing William Grover-Williams’ ‘Bugatti’, the first Formula 1 car to win the Monaco Grand Prix in 1929. And of course, we had our guests taste barbagiuans ‘made in Dubai’, but according to the Monegasque recipe.”

Despite a dramatic drop in attendance in January due to surging Covid cases, the spring saw a resurgence in interest and turnout. The Pavilion officials have said that it has recorded about 5,650 visitors per day on average.

“The Principality has always recorded between 4% and 5% of the total number of visitors to exhibitions in which the country has participated,” said Croesi. “It is a great satisfaction to verify that here, in Dubai, we are still within this percentage. The Expo announced it had 21 million visitors in total on Saturday.”

The Universal Expo was originally scheduled to be held from October 2020 to April 2021, but the pandemic had other ideas. The event was postponed until October 2021 and has been a huge success. It officially ends on 31st March.