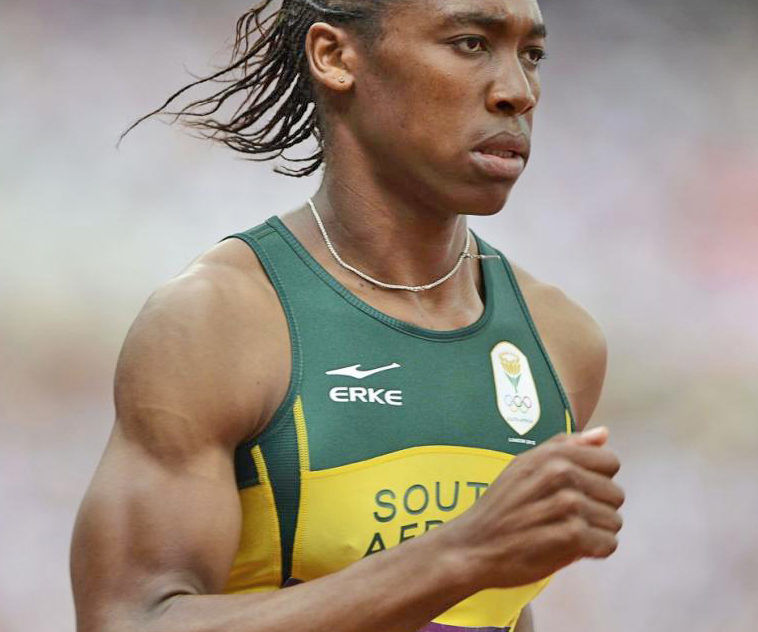 “Intersex” athletes will learn next month if they will be required to take drugs to suppress testosterone levels. Caster Semenya, whose testosterone levels are roughly three times that of an average woman, has already been banned once from competing and ordered to take hormone lowering drugs by the International Association of Athletics Federations (IAAF).

Caster Semenya, Francine Niyonsaba and Margaret Wambui have swept the board at international competitions, including the Rio Olympics, leading Britain’s Lynsey Sharp to complain that female athletes are effectively competing in “two separate races”.

New evidence presented by the IAAF shows that high testosterone levels could help a female athlete by up to 2.5 seconds. There is typically less than two seconds between runners in 800m heats.

Last month, scientists from the Monaco-based IAAF published a paper in the British Journal of Sports Medicine concluding that female athletes with high testosterone had a “significant” competitive edge and called for the advantage to be taken into consideration.

The researchers noted that increased levels of testosterone could increase mental drive, aggressiveness, and encourage lean body mass and more efficient oxygen uptake. It may even help pole vaulters and hammer throwers by improving “visuospatial” awareness, the study concluded.

Stéphane Bermon, who holds a PhD in Exercise Physiology and led the research from the Monaco Institute of Sports Medicine and Surgery, said: “This study brings new evidence of the performance-enhancing effects of androgens in elite female athletes. Although long suspected to be the case, until now there was no proof.”

Both Monaco and Bologna went into Wednesday night’s Euro Cup 7 match unvanquished, but it was the Roca Team’s opponents who put an end to a five-game winning streak.

AS Monaco has announced the launch of its new store on Amazon, with a dedicated page available in France, the United Kingdom, Italy, Spain and Germany.

Local News Cassandra Tanti - June 5, 2019
The siren has sounded for the 8th edition of Cash and Rocket and Monaco Life spoke to founder Julie Brangstrup about the charity event.

Photo: Charly Gallo/DC[/caption] The management and players of AS Monaco Basketball were invited to the residence of the Minister of State on Friday, last week as part of the partnership agreement between the Government and the team, in terms of governance and communication. The partnership aims to support the Club's sports project, to allow the team to convey the "Monaco" message and to accompany it in its relations with its competitors, as well as with the national and international basketball governing bodies. This annual meeting allows both parties to share their respective roles and work in order to further strengthen their ties and to present the entire "Roca Team" to the members of the Government. During his speech, Minister of State Serge Telle encouraged the team before the Leaders Cup, which takes place from February 16 to 18, during which the Monegasques will put their title back into play. He congratulated the players and the staff and concluded his speech by emphasising that the Government as well as Monegasques were very proud of their team, which represents with dignity the colours of the Principality on the European scene. AS Monaco Basket is currently leader of Pro A and qualified for the 1/8th finals of the Basketball Champions League.