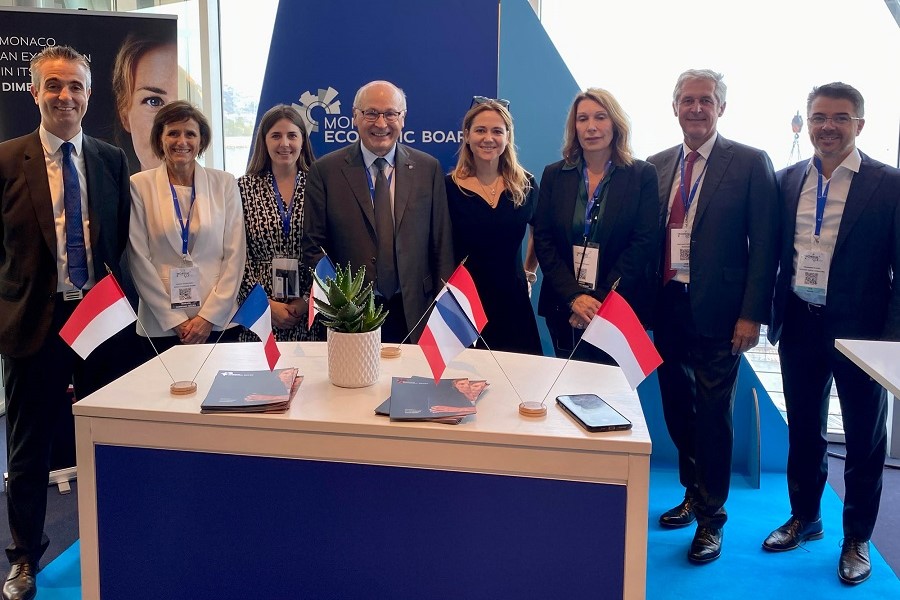 The Monaco Economic Board built “new bridges” during a two-day event in the Principality, that united almost 1,000 decision-makers from around the world.

The recent gathering of Conseillers du Commerce Extérieur de la France (CCE or French Foreign Trade Advisors) was a networking opportunity not to be missed for the MEB, given the chosen location of the international meet.

The Grimaldi Forum played host to the two days of conferences on 19th and 20th October while the Méridien Beach Plaza dazzled at a prestigious cocktail evening.

The MEB joined with almost 1,000 decision-makers from 75 countries and, thanks to its strategic partnership with the Monegasque Committee of CCEs, 50 companies with headquarters in the Principality were also invited to assist in the programme.

Deputy Director General of the MEB Justin Highman presented the missions of the MEB and encouraged participants to “discover the unique ecosystem of Monaco”. Frédéric Genta, Interministerial Delegate for Attractiveness and Digital Transition, spoke during a round table on “green globalisation” and innovation while Olivier Wenden, the vice-president and CEO of the Prince Albert II of Monaco Foundation, spoke about the responsibility of companies and entrepreneurs in the modern world. Guillaume Rose, Executive Director General of the MEB, was invited at length by Talk, the event’s dedicated streaming service.

The Monegasque companies present benefitted from one-on-one sessions with CCEs from around the world: “A great opportunity to build new bridges internationally,” said the MEB following the event.

The Conseillers du Commerce Extérieur de la France network is made up of 4,500 experts from a range of industries and more than 140 countries, who work to promote France and its interests around the world. The recent event was organised with the support and patronage of French President Emmanuel Macron.