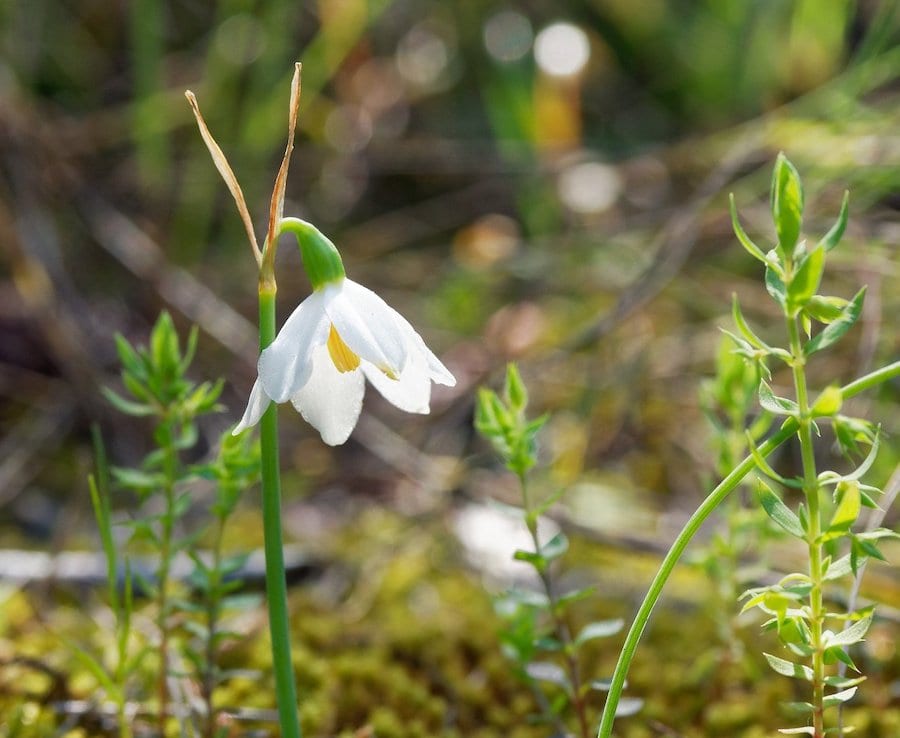 The Nivéole de Nice, a native plant known for its small drooping white flowers that resemble snowflakes, is in danger of extinction. Now Monaco is helping the little plant fight for its survival.

The Nivéole de Nice (Acis nicaeensis) is a rare herbaceous plant found almost uniquely in the Principality and the Alpes-Maritimes that blooms between March and May. It is small in stature, growing only between five to 12 centimetres, and is found naturally in three areas in particular: the Rocher from Glacis up to the Major ramp, along the Tour de l’Eperon and in the cliffs of the Sainte-Dévote valley. Nivéole are particularly adapted to the conditions of the region and are often found in rocky hollows, scrub land or small grassy slopes. The plant thrives in the calcareous soil of the area and flourishes in cracked rocks. But sadly, the Nivéole de Nice is on the verge of extinction.

The general decline of the Nivéole population has been going on for decades, with observers noting urbanisation and invasive alien species as the main culprits. To combat the total eradication of the plant, the government started a plan to conserve and repopulate the Nivéole in the Principality.

The programme had three main objectives including improving knowledge of the plant, restoring its natural habitats and strengthening its population. Since 2019, the Department of the Environment has been involved in a programme, along with the Conservatory National Botanical Mediterranean of Porquerolles (CBNMed), to grow more than 1,500 Nivéole seeds into seedlings to be replanted.

Upward of 900 plants have now moved to their new homes in Monaco at the Glacis de Palais and at the Jardin Saint-Martin. Several participants were involved in this vast operation – the Régie et des Jardins du Palais, the Department of Urban Planning, the Jardin Exotique, CBNMed and the Mediterranean Institute of Biodiversity and Ecology.

The sites will be looked after and monitored on a regular basis. If successful, similar repopulation efforts will be made in the coming years, and the Nivéole will be saved for future generations to admire and enjoy.