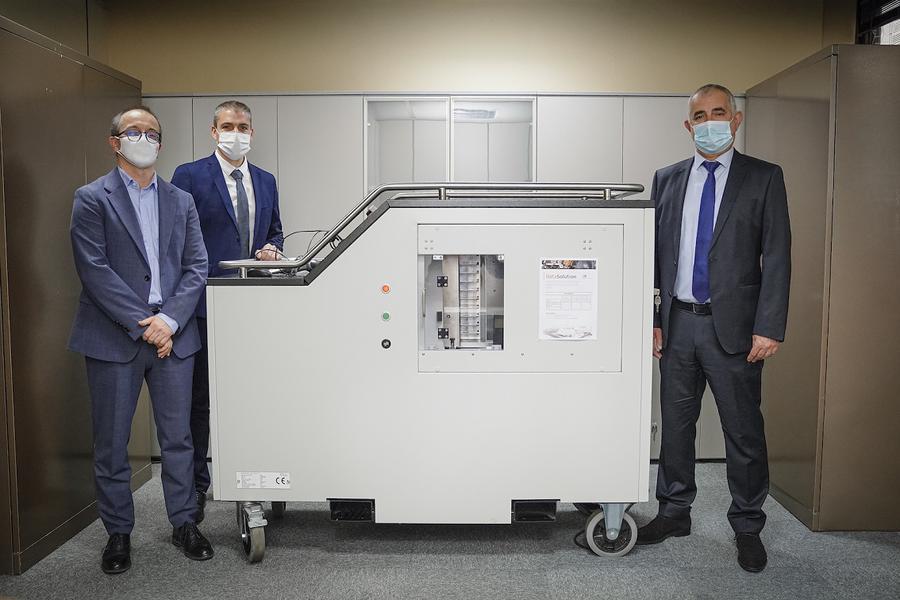 The Monegasque Digital Security Agency has a new way of destroying and disposing of old digital data, eliminating concerns for companies and individuals over sensitive data finding its way to those who could use it for harm.

Cybercrime, industrial espionage, and breaches in confidentiality are no longer just issues of concern for governments and high-tech, high-stakes companies. Today, many people and businesses have information stored on old computers, phones, or other media that they don’t want to be made public if these items were accessed.

Enter the Monegasque Digital Security Agency’s (AMSN) DataDestruction project. The idea behind the initiative is to provide a direct response to the challenges of cybercrime, industrial espionage and confidentiality for operators in both public and private sectors.

The Société Monegasque d’Assainissement (SMA) was hired to operate the service and offers a 100% guarantee of total annihilation of sensitive materials with a dedicated staff and total traceability.

The digital media sources that can be destroyed include USB keys, SSD cards, hard disks, LTO magnetic tapes and optical disks according to the DIN 66399 standard. The resulting particles, completely unusable, then follow the recycling process of electrical waste and electronic equipment.

The barcodes of the hard drives are scanned and photographed at the beginning of the process, and a certificate of destruction to the ordering party once the deed is done.

AMSN is fronting up to half the costs for the initial investment, showing the government’s ongoing commitment to digital security issues, and allowing access to the greatest number of people possible.

In general, the items to be eliminated are to be delivered directly to SMA, though on-site collection can be arranged in certain cases.