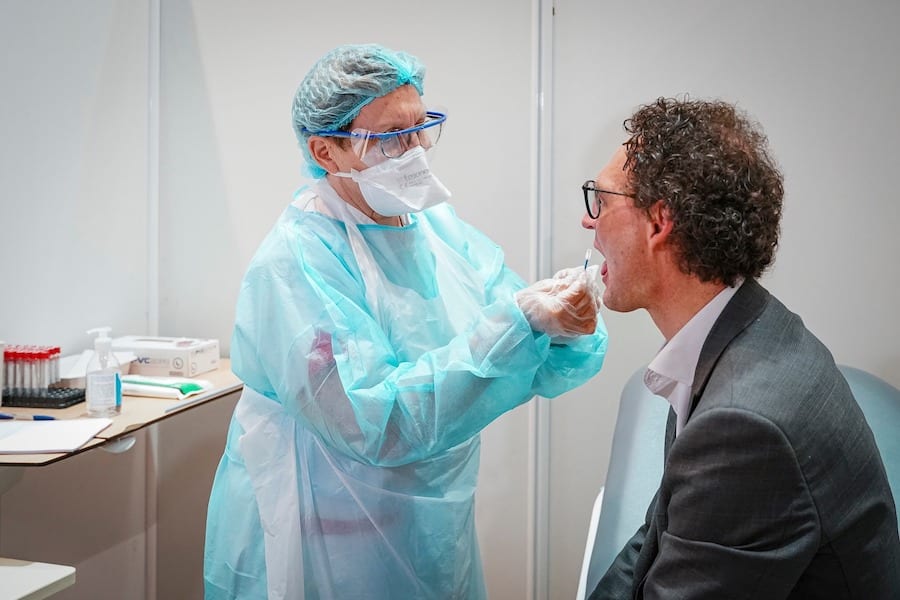 Saliva tests, a less invasive way to screen for Covid-19, have arrived in the Principality and are currently being trialled at the National Screening Centre. The government is hoping as many people as possible will take the test, not only to boost screening in the Principality, but to help determine whether the tests actually work.
Health authorities began using the oral test on 18th February at the Espace Léo Ferré, Monaco’s screening headquarters.
However, the testing method is still in the early stages and authorities are yet to determine whether a swab taken from the mouth is as effective as a swab taken from the nose in detecting Covid-19.
So, the government is encouraging as many residents as possible to take the saliva test so it can analyse the data and determine its reliability.
Patients who voluntarily present themselves to the National Screening Centre are invited to take three tests to be a part of the study. In addition to the gold-standard PCR test, two oral tests are being performed, and both involve pain-free swabs of the inner cheek to collect cells.
One sample is sent to the Scientific Centre for analysis, like a PCR test. The second sample is analysed on site, like an antigen test.
This particular saliva test was developed by Starck, a Monegasque company specialising in dental prostheses and implants.
All three tests are completed in about 20 minutes.


To take part in the study, patients must be a contact case or symptomatic. So far, 150 people have taken part and scientists estimate that at least 1,500 tests will have to be analysed before any conclusions are drawn about the test’s effectiveness. If the saliva tests hold up, they are likely to be rolled out on a larger scale.
More than 5,000 people are tested each week in Monaco, the majority of which are PCR tests, while just over 1,000 are antigen tests.
According to Health Minister Didier Gamerdinger, around half of these tests are administered to employees.
Authorities are hoping everyone returning from vacations abroad will get tested upon re-entry to the Principality. Those who took a PCR test before leaving on holiday will receive a message reminding them of their responsibility to get tested again upon their return.