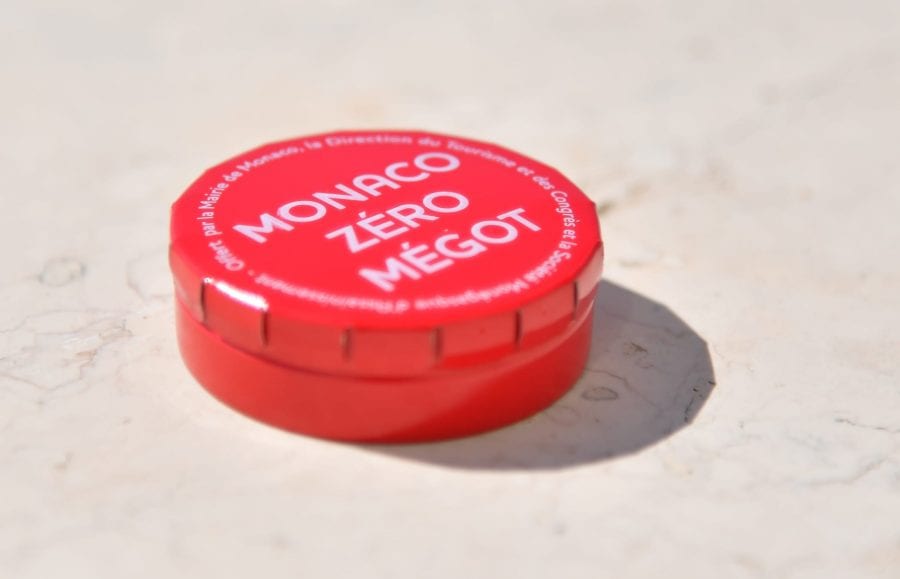 Monaco Zero Butts is back again this summer featuring a new format and supported by the government’s ban on smoking at beaches.

Monaco City Hall, Société Monégasque d’Assainissement (SMA) and the Tourism and Congress Department (DTC) are again on the case this summer to try and rid the Principality of improperly discarded cigarette butts.

Called Monaco Zero Butts, the summer campaign aims to dissuade tourists and locals from polluting the beaches and streets with megots, as they are called in French.

This summer’s operation is boosted by the government’s latest decision to make Monaco’s beaches non-smoking, including the removal of self-service ashtrays and distributors on Solarium Beach and the newly-reopened Larvotto Beach.

So as not to encourage the disposal of stubs on the ground, teams from SMA and hosts and hostesses from DTC will alternate turns, distributing vessels to get rid of butts in dedicated smoker’s areas on the promenade of Larvotto. In addition to having receptacles available, they will also be on hand to educate, through awareness, the harmful effects of cigarette butts and other waste that litters the sea.

Pocket ashtrays will also be offered to the public at shops on Larvotto, in several DTC information kiosks and at municipal sites such as the Stade Nautique Rainier III, City Hall, Espace Leo Ferre and the Media Library. Additionally, road workers will also have ashtrays on hand and will be distribute them upon request.

Monaco Zero Butts is but one programme put forth by the City Hall to encourage eco-friendly habits and keep Monaco pollution-free.