Monaco readies itself for cycling festival

Monaco readies itself for cycling festival 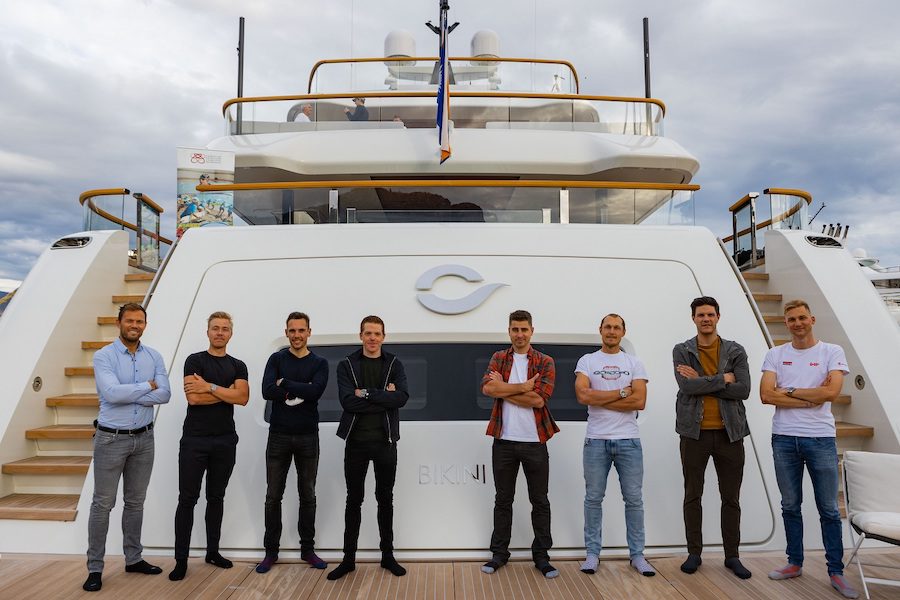 The build-up to the inaugural edition of the Beking cycling event, set to take place on Sunday 28th November, has hit full speed with a social media campaign involving professional cyclists encouraging everyone to get involved.
Peter Sagan, three-time world cycling champion and one of the 40 professional riders set to race at the event, is amongst a group of participants seeking to create a buzz around the event through a series of videos that can be found on the Beking Twitter account.
In his social media video, the Slovakian rider highlights the unique opportunity for fans to race alongside the professionals at the event. “We’re going to be riding with you guys. Come along, and I’ll be happy to see you on the 28th.”

Find out how you can experience BEKING Monaco 2021 and at the same time contribute to two charitable causes!https://t.co/eF5i4Bl6Wx#letsridetogether #backtobike #beking pic.twitter.com/j7F24fF7pD

Monaco resident, former European Road Race cycling champion and co-founder of the Beking event, Matteo Trentin launched a similar appeal through the event’s media channels. “Whoever you are, bring your bike and enjoy riding with us.”
Amateurs wishing to race alongside the professional riders at the pro / AM racing on the Sunday morning can register at www.bekingevents.com. Those selected will not only share the same track as European and Tour de France champions, but also some of the biggest stars from four-wheel racing, including Mercedes’ F1 driver Valterri Bottas and the Monegasque F3 driver Arthur Leclerc.

? At BEKING Monaco you will have the unique chance to ride alongside cycling legends while also contributing to a good cause.
??@MATTEOTRENTIN is our first champion to be revealed, follow us to discover them all and join the charity race!#letsridetogether #backtobike #beking pic.twitter.com/5Xawk2rWQ5

Despite the inclusion of amateur riders, which will give the average cycling fan a once in a lifetime opportunity to ride alongside Tour de France winners such as Chris Froome and Geraint Thomas, the event will in fact be part of the official UCI race calendar, providing a highly competitive element to the day.
Beking Monaco will therefore be a hybrid event – combining both competitive and amateur sport, but it also has the aim of raising funds, and awareness, for charitable foundations, including the Princess Charlene of Monaco Foundation. The event will be seeking to harness the unique power of sport into creating positive social change through donating to, and promoting, charitable foundations.
Following the professional event on the Sunday afternoon, there will also be a conference on ‘soft mobility’, which will focus on the environmental aspect of the event.
The first edition of Beking Monaco will therefore unite both professional and amatuer riders for a truly enjoyable festival of cycling, which will not only celebrate achievements on the track, but also contribute to a good cause.