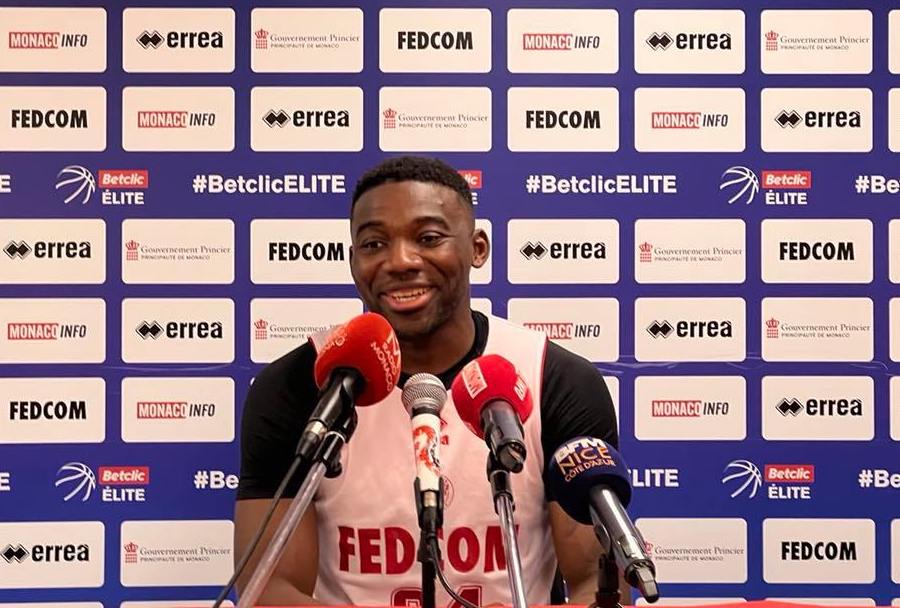 AS Monaco Basketball face Lyon-Villeurbanne in the first-leg of Betclic Elite final on Wednesday, attempting to exact their revenge on the opponent that defeated them in the 2019 final.

Prior to the crucial clash, Roca Team head coach Sasa Obradovic and Yakuba Ouattara spoke to the press on Tuesday, as they prepare to depart for the Astroballe.

On a personal level, Obradovic isn’t changing his methods in the build-up to the match. He was manager of the Roca Team in 2019, when, in a thrilling five-leg tie, Lyon defeated Monaco 3-2 to deny his side the title.

“We can’t overload them with information. We already know our opponent. Adding too many new things can be confusing. We have to keep it simple and focus on our strengths and what we can do,” said Obradovic.

The Serbian coach added, “Even though this could be their first title in the French league, on the second attempt, I never put too much pressure on myself. I’ve done everything that is in my own power, in terms of preparation and dedication. Each day I show it.”

Asvel have a culture of winning. They have won the title twenty times, whilst Monaco are hoping to do so for the first time. Nevertheless, Obradovic doesn’t see his side as the under-dogs. He told Monaco Life, “I wouldn’t give one side more of a chance than the other. No-one has the role of the favourite, no matter what is on the paper. If you match up the energy and the physicality then we’ll have a better chance.”

Roca Team player Ouattara told Monaco Life that he agrees with his coach’s evaluation, saying, “It’s 50/50. There isn’t really a favourite. ASVEL has a court advantage to begin with. It’s the team that wants it the most that will win the final.”

The weight of history weighs on the shoulders of the Roca Team, whilst they also go into the tie having had less time to prepare. Asvel wrapped up their semi-final with three consecutive victories, whilst Monaco were forced to play another match against Pau-Lacq-Orthez as they eventually overcame their opponents 3-1.

“The extra match against Pau doesn’t need to be a factor,” said Obradovic. Ouattara meanwhile, said that their decreased preparation time could be spun two ways. Asked by Monaco Life whether they were at a disadvantage, he said, “I would say yes and no. Yes because we’ll have to adjust to having less time to prepare. But also no because we keep more rhythm going into this match against Asvel.”

After a spectacular season that saw a Euroleague adventure that surpassed all expectations, Monaco now have the chance to finish the season with silverware, and they are ready to fight for it. “I know that it will be a great battle. It will be a fight,” said Ouattara.

Monaco will be hoping to vanquish the memories of 2019 with a revenge victory over Asvel, with the first leg in Lyon on Wednesday before basketball returns to the Principality next Monday.