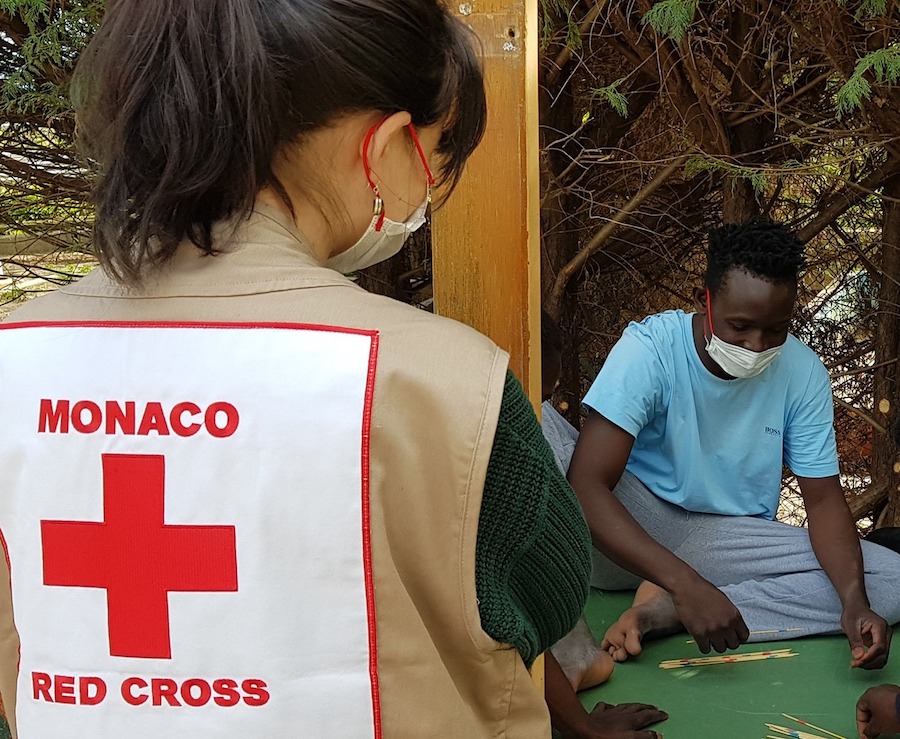 An overview of the Monaco Red Cross has shown that while the organisation was called upon heavily due to the health crisis in 2021, it still managed to revamp and modernise its founding texts and statutes with the aim of heading into a brighter future.

Last year was a tricky year for many associations, even ones as firmly entrenched as the Monaco Red Cross. Nonetheless, the organisation made great strides and imposed several changes, taking them into 2022 on strong footing.

In addition to updating their decrees, they renewed their Board of Directors for a three-year term. This included the additions of new members Princess Charlene as Vice-President, Camille Gottlieb as Head of Youth, and Director of Princess Grace Hospital Benoîte de Sevelinges as Head of Hospital Assistance.

The Monaco Red Cross sat on the front lines of the pandemic, raising €1.8 million in donations that was used to do their part. This included participation in screening and self-testing campaigns, personal protective equipment deliveries to caregivers, and manning call centre and home monitoring centre hotlines. In all, volunteers gave 3,040 hours of their time during the past year.

The Red Cross was also on the scene at many events, where they logged 365 first aid actions carried out over 17,700 hours of time given. They were present at major events in the Principality such as the Grand Prix, football and basketball games, the Herculis athletics event, on walking trails, and at the lifeguard stations on Larvotto last summer.

Covid didn’t prevent training programmes from being carried out and allowed for professionals and volunteers to be taught or given continued education in water safety and rescue, making it possible to assist lifeguards at pools and on the beaches.

A real source of pride this year comes from the fact that the Monaco Red Cross is attracting young volunteers. A third of the 623 volunteers are under 35 years of age.

“Of 92 new registrants in 2021, more than half are young people. The Covid crisis has made them want to find actions that make sense. We have always had more difficulty attracting young people. In order to maintain this momentum, we are planning more actions in line with what they expect to invite them to give their time, in particular on intergenerational missions,” said Frédéric Platini, Secretary General of the Monaco Red Cross.

Additionally, €800,000 was earmarked in 2021 for those in need. Financial assistance for rent, energy bills, school catering costs and food was doled out to 621 households in the Principality and the surrounding villages.

Now that 2021 is over, the association looks to the coming year to continue its work.

Notably, 2022 marks the 40th anniversary of the Presidency of Prince Albert II at the Monaco Red Cross. As such, they are looking to incorporate his philosophies into the agenda, vowing to “strengthen its commitment to the environment” and “push actions on the theme of psychological distress” through a mental health plan developed with the government. They have also agreed to continued adherence to the Energy Transition Pact, of which they have been a part since 2019, as well as continuing to keep their carbon footprint low.

Though many have forgotten about the hardships endured in the Roya Valley after Storm Alex struck the area in October 2020, the Red Cross continues working to help them get life back to normal. In 2022, they have pledged to offer funds to help rebuild two bridges to reconnect families in Breil-sur-Roya to the world again.

Four new projects are being undertaken as well in 2022, including the taking on of sexual violence cases against women in the Democratic Republic of Congo, another working with migrants in Bosnia and Herzegovina, one more around issues of water, hygiene and food diversification in south-west Burkina Faso, and finally, the association is starting a regional first aid development project in partnership with the world first aid centre of the International Federation of Red Cross and Red Crescent Societies (IFRC) and the Monaco government in five countries, namely Burkina Faso, Mali, Mauritania, Niger and Senegal.

On a lighter note, after the success of the Red Cross Ball summer concert, the organisation is considering a reprisal of the event this year. “We liked the format, and we are considering it again for the summer of 2022,” Mr Platini explained. The event is set to again take place on Casino Square.