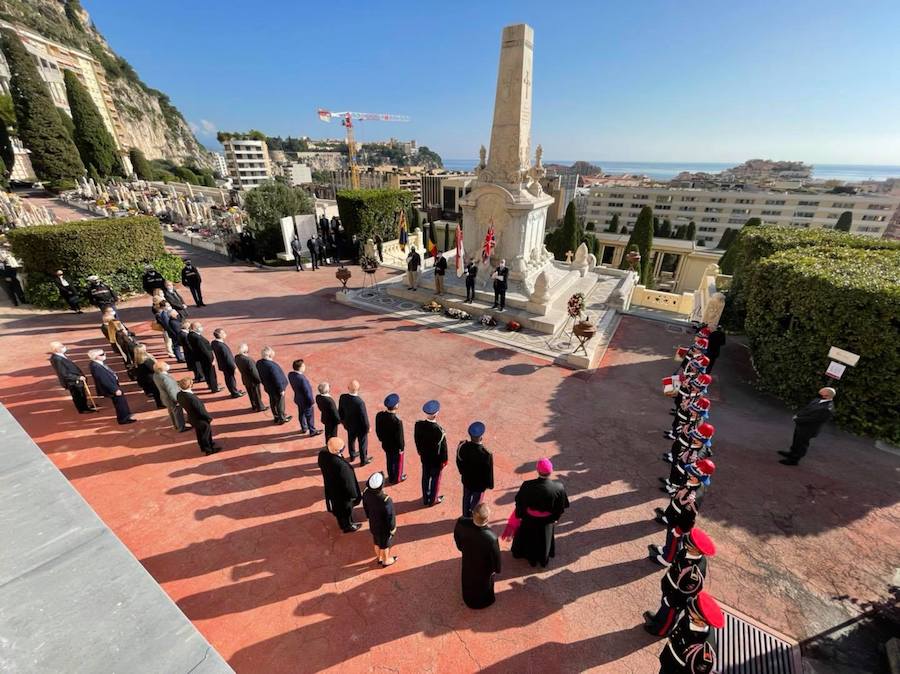 The 102nd Armistice anniversary was commemorated in Monaco on Wednesday in the presence of Monsignor Dominique-Marie David and Monegasque authorities.
Armistice Day is remembered every year on 11th November to mark the armistice signed in France between the allies of World War I and Germany, which took effect at 11am in the morning – the “11th hour of the 11th day of the 11thmonth” of 1918.
The date is a national holiday in France and many other allied nations, and while it is not marked as a public holiday in Monaco it is still commemorated.
Ceremonies included the laying of a wreath at the foot of the Belgian King Albert I monument, before a gathering at the War Memorial.
Monaco and France suffered heavy losses in the war, with 1.4 million civilians and 1.7 million soldiers killed.
Monegasque citizens voluntarily went to war following the example of Hereditary Prince Louis II, who served in the French Army and eventually reached the rank of Brigadier General.


Photos by Diocese of Monaco