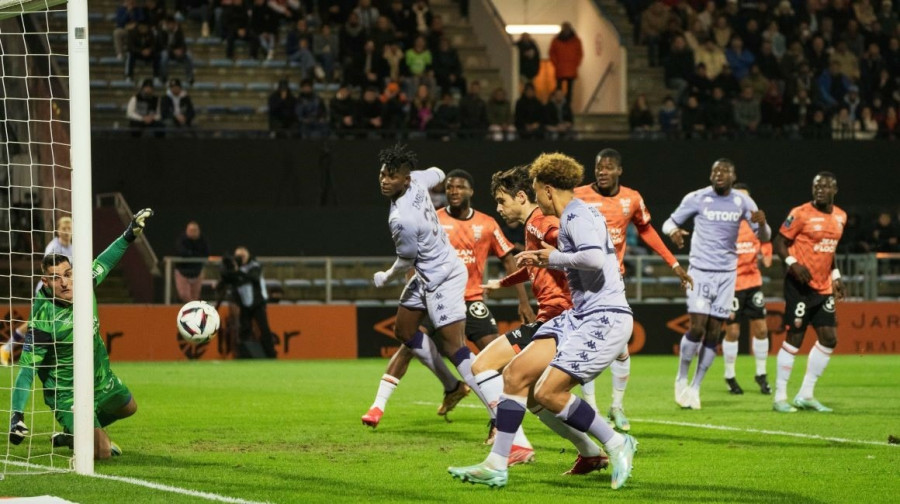 AS Monaco were looking to right the ship after a premature Coupe de France exit and looked on course to do so. However, they depended on a late Wissam Ben Yedder to salvage a point.

Philippe Clement’s men went into Wednesday’s match against FC Lorient at Le Moustoir with consecutive Ligue 1 victories under their belt. However, after their shock cup exit at the hands of Ligue 2 strugglers Rodez, Monaco needed to bounce back.

It was the Principality side that went closest early on. Mohamed Camara tried his luck from long-range and his thundering effort struck the crossbar. Monaco would become unwillingly acquainted with the woodwork during this encounter and would strike it twice more before the final whistle.

Terem Moffi had a huge chance for Lorient, who are only two points behind Monaco in sixth, but from close range, he couldn’t beat the imposing figure of Alexander Nübel. Les Monégasques then looked set to have a glorious opportunity to open the scores when an opportune Breel Embolo intercepted a backpass, drawing a foul from former Monaco player Vito Mannone.

However, after a long consultation with VAR, the decision to award a penalty was overturned for an offside in the build-up. The Swiss striker did get on the scoresheet in the second half, showing strength and composure to work a shooting position in the box before drilling low to Mannone’s right.

Axel Disasi almost doubled the lead, but struck the crossbar with his header. Just minutes later, Lorient had their equaliser through Dango Ouattara, and then just two minutes after that, Les Merlus were ahead thanks to Moffi.

Monaco were shellshocked, but continued to push to restore parity. It looked like it wouldn’t be the Principality side’s night when Youssouf Fofana hit the crossbar with a curling drive, but in the dying seconds, Ben Yedder latched onto an Ismaïl Jakobs cross to secure an important point.

Post-match, Clement made it clear that he believed that his side deserved more.

“I think we deserved to win the match. I am happy with the reaction of my team after the two goals were conceded and the bad luck that we had this evening,” said the Belgian manager.