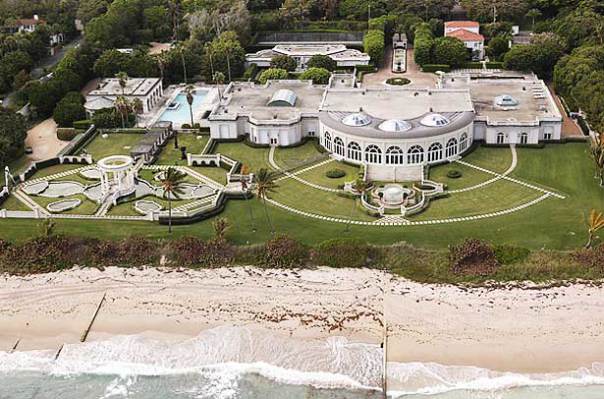 Monaco resident and majority owner of the AS Monaco football club, Dmitri Rybolovlev, is demolishing the Palm Beach, Florida, mansion he bought from Donald Trump in 2008 for $95 million, according to local press reports.

Also coming down is 7,618 square metre tennis house, a pool house and a carriage house. While such teardowns have become common in Palm Beach and other high-end resort towns, the demolition of this famous estate represents a new level of disposable wealth, Stuff reports.

Bought by Trump in 2004 for $41 million, the residence has featured as one of the top ten most expensive homes in the world. It has sat empty since the sale to Rybolovlev – a monument to the housing bubble and to Trump’s salesmanship.

Locals are asking what will come next for one of Palm Beach’s biggest white elephants, and whether its value can ever reach its 2008 record price.

According to town planning documents, the owner plans to split the property into three parcels that will be sold. Last week, the Palm Beach Town Council approved a proposal to subdivide the property. It’s unclear when the properties will be listed. Brokers say each parcel, at around two acres, would have to sell for $35 million to $40 million for the owner to make a profit.

Trump put the home on the market in 2006 for $125 million, making it the most expensive listing in America at the time. When no buyers emerged and Trump replaced several brokers, he trimmed the price to $120 million, eventually selling to the current owner. (Source: Stuff)

Stephane Valeri reviews 2019, looks ahead to...

Business & Finance Stephanie Horsman - January 10, 2020
Monaco’s National Council President Stéphane Valeri has had his first meeting of the year with the press and took the opportunity to review the successes of 2019 and to present upcoming plans for 2020.

Business & Finance Cassandra Tanti - July 8, 2020
The government is hoping to lure visitors back to the Principality with its new ‘Monaco Safe’ label, a guarantee that businesses are following strict health measures.