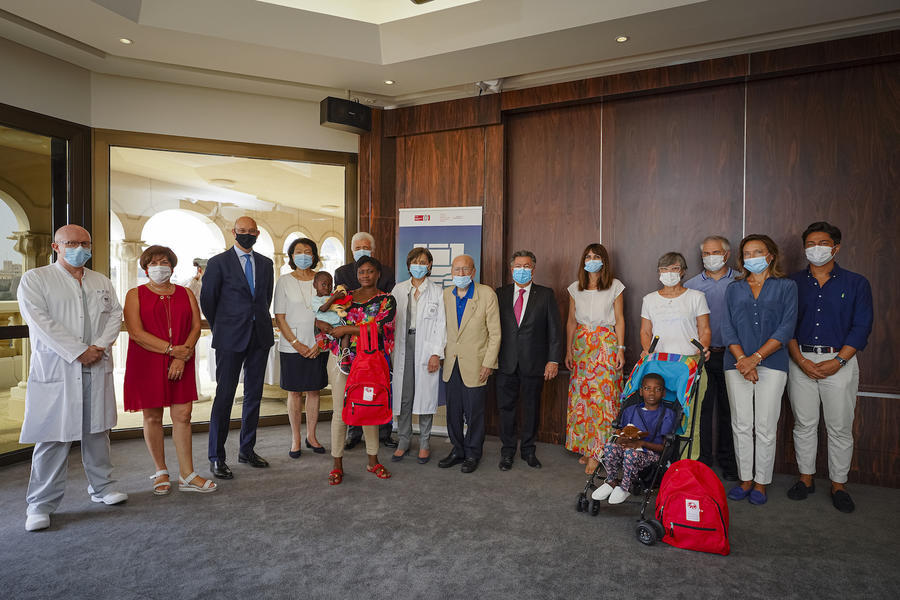 Heart operations for desperate children from developing nations have resumed in the Principality after over two years of disruption due to the global pandemic, with three children recently given the gift of life.

Monaco’s Cardiothoracic Centre has been working with the Monaco Collectif Humanitaire (MCH) since 2008 to operate on children, primarily living in Sub-Saharan Africa, who are in need of cardiac pathologies not available in their home countries.

The programme has changed the lives of 460 children to date and has been a huge success. Sadly, the Covid epidemic put a stop to the regular treatments for more than two years and are only now being resumed.

To jump-start the programme again, three children from Senegal, Côte d’Ivoire and Burundi were brought to Monaco where operations were carried out by the Centre’s new cardio-paediatric team made up of Professor Sylvie Di Filippo and Doctors Olivier Metton, Olivier Raisky, Stefano Di Bernardo and Aude Missana.

The MCH and the Cardio-Thoracic Centre also welcomed, alongside the children, several donors including the Monegasque Olympic Committee and the Compagnie Monégasque de Banque (CMB), who donated €42,195 from the ‘Six Star Medal’ obtained by Pascal Camia, the first Monegasque among those to finish the six races needed to be part of the ‘Abbot World Marathon Majors’.

The Six Star Medal is reserved for people who have completed the six World Marathon Majors, which are comprised of the Boston, Chicago, New York, Berlin, London and Tokyo Marathons. The figure of €42,195 is a nod to the distance in kilometres run during a marathon.

This donation was also collected thanks to the participation of footballer Olivier Giroud, Ambassador to the MCH.

Local association Monaco Aide et Présence was also present, as well as Rencontres Africaines and the Monaco Red Cross, which play an important role in the reception of children pre-surgery.