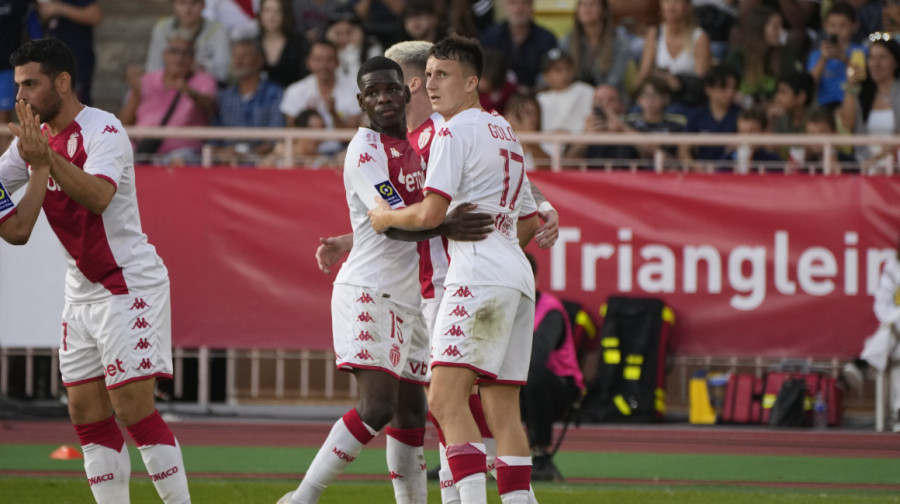 AS Monaco ended a four-game winless run with a 2-0 victory against Angers on Sunday after a midweek draw against Ferencváros leaves Philippe Clement’s side with work still to do to ensure qualification.

Monaco go into the key clash against Red Star Belgrade on Thursday with a win under their belts. Last Thursday’s draw against Ferencváros in the Europa League means that qualification to the knockout stages of the tournament hinges on getting a result in the final group stage game.

Wissam Ben Yedder had put Les Monégasques ahead with a clever flicked finish in the box. They had chances to kill the game, one of the most gilt-edged of which fell to Kevin Volland.

In the final minutes of regulation time, Monaco were made to pay for not killing the game. Kristoffer Zachariassen got the equaliser to retain Ferencváros’ spot at the top of the standings with one game to spare.

That draw stretched Monaco’s winless run to four games – an unwanted record that was ended at the Stade Louis II on Sunday. In Angers, Monaco came up against an opponent also in desperate need of a win, or two. Like Monaco, they are on a four-game winless run and sit rock-bottom of the Ligue 1 standings.

On paper, the result looked simple, but the reality was that this was a hard-fought win for Monaco, who found themselves under pressure at times in the first half.

There was an early scare for Monaco, who thought they had conceded a penalty when Adrien Hunou tumbled theatrically in the box. Stéphanie Frappart pointed the spot, but the decision was overturned following consultation with VAR and Hunou was sanctioned for his dive.

Monaco then earned a penalty of their own, and this one stood. However, the usually clinical Ben Yedder struck his penalty poorly and it was easily saved by Yahia Fofana, who guessed the right way to make the stop.

In need of offensive thrust, Clement brought on Vanderson at half-time, the Brazilian deemed fit after picking up an injury in the club’s midweek draw. The substitute immediately reaped rewards, the right-back crossing for Breel Embolo to tap in from close range.

Two more substitutes combined for the second. Kevin Volland set up Aleksandr Golovin on the edge of the box, the latter unleashing a sumptuous curling effort into the top corner. At 2-0, Monaco turned on cruise control and saw the match out.

“The first quarter of an hour was good and Angers had a response with a compact block, but as time went on the tempo slowed down. In the second half, it was a lot better. The team were higher and added pressure. Our domination was rewarded with two beautiful goals. The reaction in the second half was very good and that’s what we have to remember. We leave with the three points and a clean sheet,” said Clement.

“The rotation allows me to have fresher players for the match against Red Star on Thursday,” the Belgian manager added.

The Swiss international striker is beginning to outshine his strike partner. He now has six goals in 13 Ligue 1 matches, after once again proving decisive on Sunday. As well as becoming more clinical in front of goal, his overall game and profile give Monaco the option to do different things and play in different ways.

Monaco now need to maintain their momentum, with a crucial match on Thursday, on which the fate of their European adventure lies.