The organisers of the China Travel & Meetings Industry Awards (MICE) have declared Monaco to be the “Destination of the Year” for Emerging MICE tourism. A prestigious gala was held last week in Beijing during which the Emerging MICE Award was presented to Monaco’s Tourism and Convention Bureau (DTC).

The prize was received in person by Alain Hong, Director of the DTC Representative Office in China.

Since 2011, the “China Travel & Meetings Industry Awards” have been awarded to the best tourism actors in the MICE segment – conferences, exhibitions, trade shows and incentive travel.

This award is a major recognition for the promotional work carried out by DTC representatives in Southeast Asia.

Under the leadership of Benoît Badufle, the representation team, made up of Alain Hong for China and Zhi Heng Yew for Southeast Asia, has done remarkable work on the business tourism segment in Asia.

It should be noted that the eleven offices of DTC representation abroad have, among their priority missions, the task of promoting business tourism in the Principality. The MICE segment is one of the pillars of the development of Monegasque tourism, but is also a key factor in balancing tourism throughout the year.

14-day quarantine will not apply to Schengen zone

France revealed late Sunday night that it would not quarantine travellers arriving from the EU, the Schengen area or Britain due to the coronavirus pandemic, contradicting an earlier announcement.

The United States, Russia and Brazil are not on a list of countries whose citizens are allowed to enter the EU when the block’s international borders reopen on Wednesday.

Things are gradually returning to normal at Nice airport, where 62 international flights will soon be possible and the full reopening of Terminal 2 is set for 1st of July.

As life slowly returns to normal in the Principality after the crisis, unfortunately so too are old traffic patterns.

Most of Europe reopened its doors to holidaymakers on Monday in the largest lifting of lockdown restrictions since the beginning of the pandemic.

Change of tack on small airports

Photo: sainttropez.aeroport.fr[/caption] The airport that serves Saint-Tropez can continue to accept direct flights from outside the Schengen zone after a vociferous campaign. Local politicians had told the French government that removing the ability of La Mole/Saint-Tropez and Castellet to accept such flights would be a heavy blow for the local economy. However, according to a letter from the Minister of the Interior, Bruno Le Roux, the acceptance of direct flights from outside the Schengen zone into Saint-Tropez will be open from the summer of 2017 and during peak holiday periods, while Castellet will enjoy more limited privileges. President of the PACA region, Christian Estrosi, said that while he welcomed the central government’s change of heart, it was not enough and that he would be campaigning along with other local officials for a complete reversion to the previous arrangements. The original move to close the local airports to flights originating outside the Schengen zone was made in the interests of saving manpower. READ ALSO: Lavalin quits airport business READ ALSO: Nice-Monaco Airport could take off 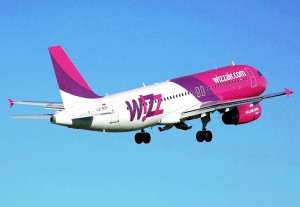 Low-cost airline Wizzair is offering flights to Budapest on Mondays and Fridays from Nice Airport, and according to the airline’s website this service continues throughout the winter. Lot, the Polish airline, is operating flights to and from Warsaw on Mondays, Wednesdays, Fridays and Saturdays. From October 2, APG Airlines will be flying to and from Milan’s Bergamo airport on Fridays and Sundays, while upstart carrier Flykiss is flying to Brest (France), on Tuesdays, Wednesdays and Fridays, from November 8, and from the same date to Clermont-Ferrand on Tuesdays, Wednesdays, Fridays and Sundays. ...