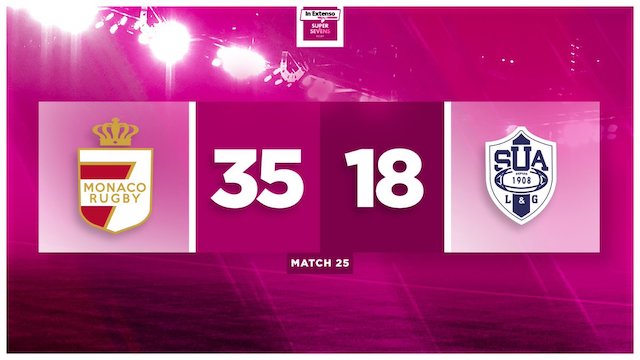 Monaco Rugby Sevens Supersevens inaugural team made it all the way to the quarter finals before falling to Stade Français 19-26 on Saturday at the Paris-La Défense Arena.

The Monaco Rugby Sevens team, despite being founded just last year, fought its way to the quarter finals of the new French Supersevens, officially called In Extensio Supersevens until 2023, which was organised for the first time this year by the National League of Rugby.

The Monegasque team is made up primarily of South African players who have been part of the world circuit, and therefore, despite not having played together more than a handful of times, were the odds-on favourites. Perhaps it was lack of experience working together as a team, or simply an over-abundance of confidence that led them to cede the victory to the Parisian team, landing them in 7th place overall.

The Supersevens is comprised of 14 teams from France, one from Monaco and one invitee. Each team is made up of 20 players. Fifteen of the players are “regulars”, of which three must be professionals, then four “wildcards” from the France sevens, and one who is currently without a club or who plays internationally and specialises in rugby sevens’ tournaments.

This year’s winners were Racing 92, who beat out Section Paloise for the top spot 28-12.