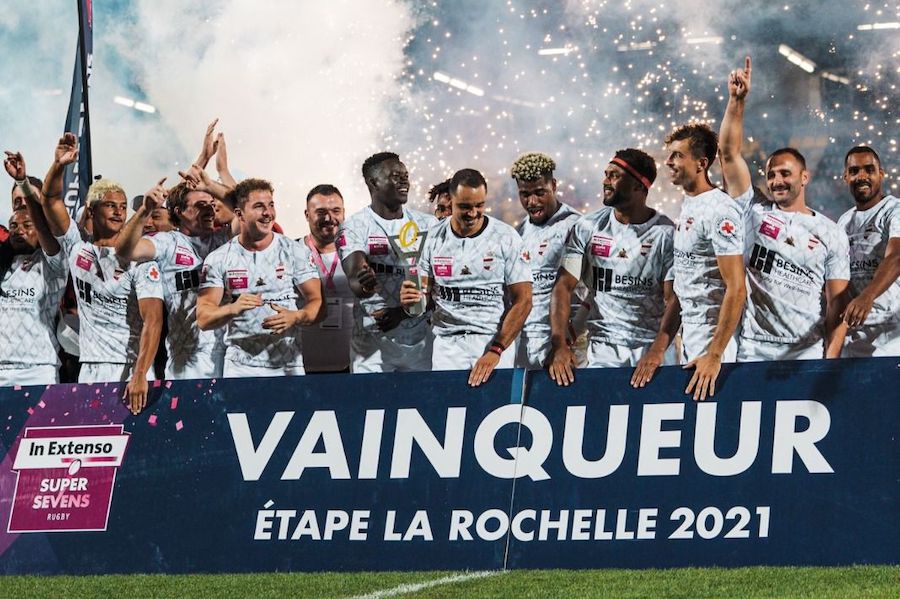 With the signing of two renowned, international rugby stars, Monaco Rugby Sevens have completed their squad in preparation for the second edition of the much-anticipated Supersevens finals in Paris on Saturday.
On Monday, the rugby sevens side announced through their social media channels the signings of the South African Cecil Afrika and Englishman Dan Norton, both of whom have international pedigree having represented their respective nations.
Norton, a dynamic winger, is the leading all-time try scorer in rugby sevens history, with over 350 tries. Afrika, meanwhile, represented his country at the 2013 Rugby World Cup Sevens, as well as at the Rio Olympics in 2016.
The Monaco side will be the subject of more intense scrutiny as well as heightened expectation in this year’s edition of the Supersevens finals as a result of their hosting of the Olympic Rugby Seven Repechage event back in June. The event, hosted at the Stade Louis II, has bolstered the profile of the sport within the Principality.

The addition of international-level squad members, coupled with their impressive performance during the third stage of qualifying in La Rochelle, means that Jérémy Aicardi’s men will go into the tournament as one of the favourites to succeed inaugural winners, Racing 92, as French Rugby Sevens champions.
The competition, which will be contested at La Défence Arena in Paris, will take place over the course of just one, packed, frenetic day, with 12 matches due to take place. Matches will last a mere 14 minutes, with the loser being immediately eliminated from the competition.
Monaco Rugby Sevens will begin the proceedings against a strong Stade Rochelais Sevens side at 14h20, when Monaco will be hoping for a repeat of their narrow 14-10 victory against the La Rochelle side back in August. Victory would see them progress to the semi-finals, with the grand final taking place at 22h07.