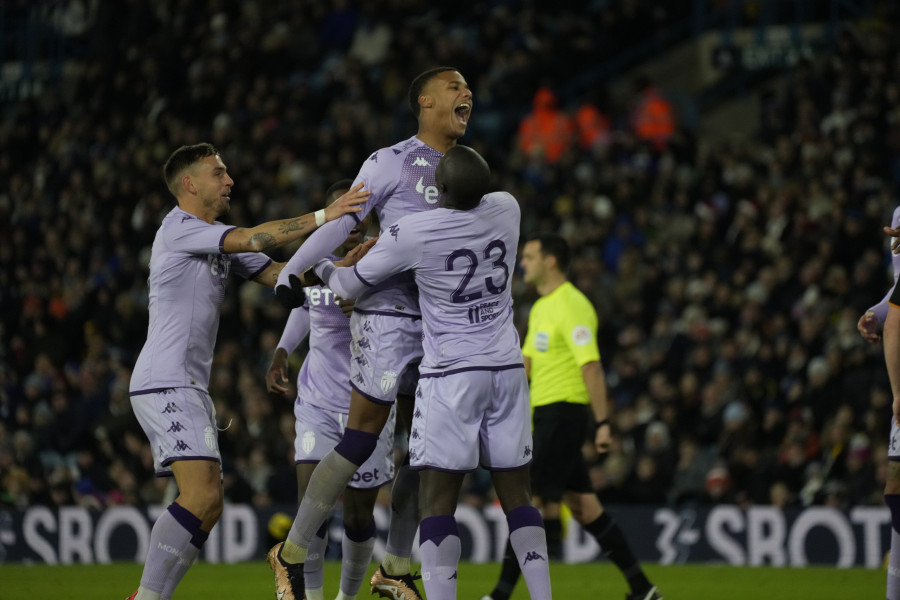 AS Monaco scored three goals in just nine minutes on Wednesday to beat Premier League side Leeds United 4-2 in the club’s final mid-season friendly before the return of Ligue 1.

Deprived of their usual hectic Christmas football schedule, the Yorkshire locals descended in their droves on Elland Road to watch Leeds United face Monaco in a friendly. The Leeds faithful, all 20,978 of them, were in good voice throughout, especially in the minutes following Robin Koch’s opener.

Jesse Marsch’s side were perhaps lucky to go ahead, and despite going behind, Philippe Clement’s men continued to push, and soon found an equaliser through Breel Embolo after some neat link-up play between Ruben Aguilar and Eliesse Ben Seghir.

Nonetheless, the Principality side were lucky to go into half-time level. Leeds lay siege to the Monaco goal and worked multiple dangerous situations, one of which required Guillermo Maripán to clear off the line, with Rasmus Kristensen’s shot having already beaten Alexander Nübel.

Monaco showed a completely different side on the return from the dressing rooms. In the nine minutes after half-time, three goals from Gelson Martins, Ismaïl Jakobs and Embolo took the game definitively away from the home side. A mixture of porous defending and impressive attacking fluidity ended the match as a contest by the 55th minute.

Thereafter, the intensity of the match seeped away, and substitutions broke the rhythm of the encounter. It gave Clement the chance to give vital minutes to key players, such as Wissam Ben Yedder, Kevin Volland and Takumi Minamino, and an invaluable experience to Soungoutou Magassa and Félix Lemarechal. Leeds scored a late consolation through Joe Gelhardt, but the victory was already ensured, and Monaco finished their mid-season break on an overwhelmingly positive note.

Post-match, Aguilar, who provided the assist for Monaco’s equaliser, reflected on the clash. “We were expecting a physical match, against a big team in a very competitive championship. We turned up and we’re happy because that’s a good omen for Auxerre,” he said.

The result marks a strong end to a successful break. Clement’s men began with a draw against Sevilla, before a win against Empoli and another draw against Fiorentina.

Aguilar believes that Monaco are ready for the return of Ligue 1 action next Wednesday against Auxerre. “We prepared well during the World Cup. It’s true that we haven’t stopped since we got back together, with this run of friendly matches, the camp in Spain, with all of these matches, so it has got us back in the swing of things,” he said.