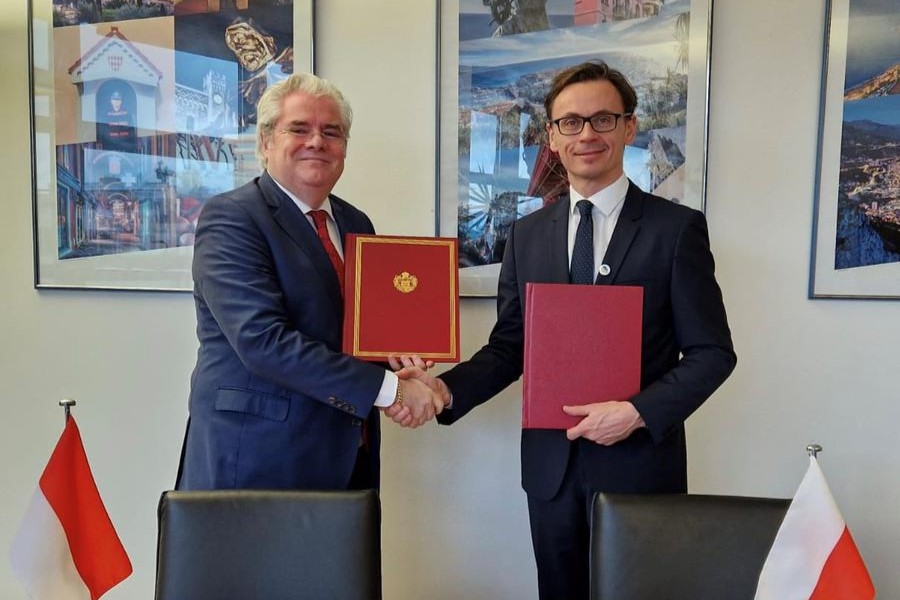 Monaco has lent its support to a virtual Auschwitz tour project via a three-year deal that will give access to this important and immersive experience to thousands of schoolchildren across Europe.

The Principality’s ambassador in Germany, Lorenzo Ravano, has signed a commitment deal with Wojciech Soczewica, the director general of the Auschwitz-Birkenau Foundation. Described as an “innovative educational partnership”, the deal will see the roll-out of the remote tour to nearly one hundred classes of students throughout Europe and Monaco.

“The opposite of love is not hate, it’s indifference,” says Eli Wiesel, an Auschwitz survivor and one of the leading figureheads behind the development of the virtual Auschwitz Memorial site tour, as he summed up the driving motivation behind the development the experience, which was created in response to the forced closure of the museum and subsequent reduction in visitor numbers owing to the recent Covid-19 pandemic.

The pandemic forced the Auschwitz Memorial Museum to close its doors for the first time in 75 years. This unprecedented event prompted the institution and the Auschwitz-Birkenau Foundation to search for ideas to avoid a repeat of the situation, and fight back against the ever-looming problem of “indifference” to this significant historical event.

While further information on a wider roll-out is yet to be released, this latest commitment to learning, signed between Monaco and the Auschwitz Foundation, is a key step to ensuring that Auschwitz, and the memories of those who perished within its walls, will forever be remembered and accessible to everyone across the world.