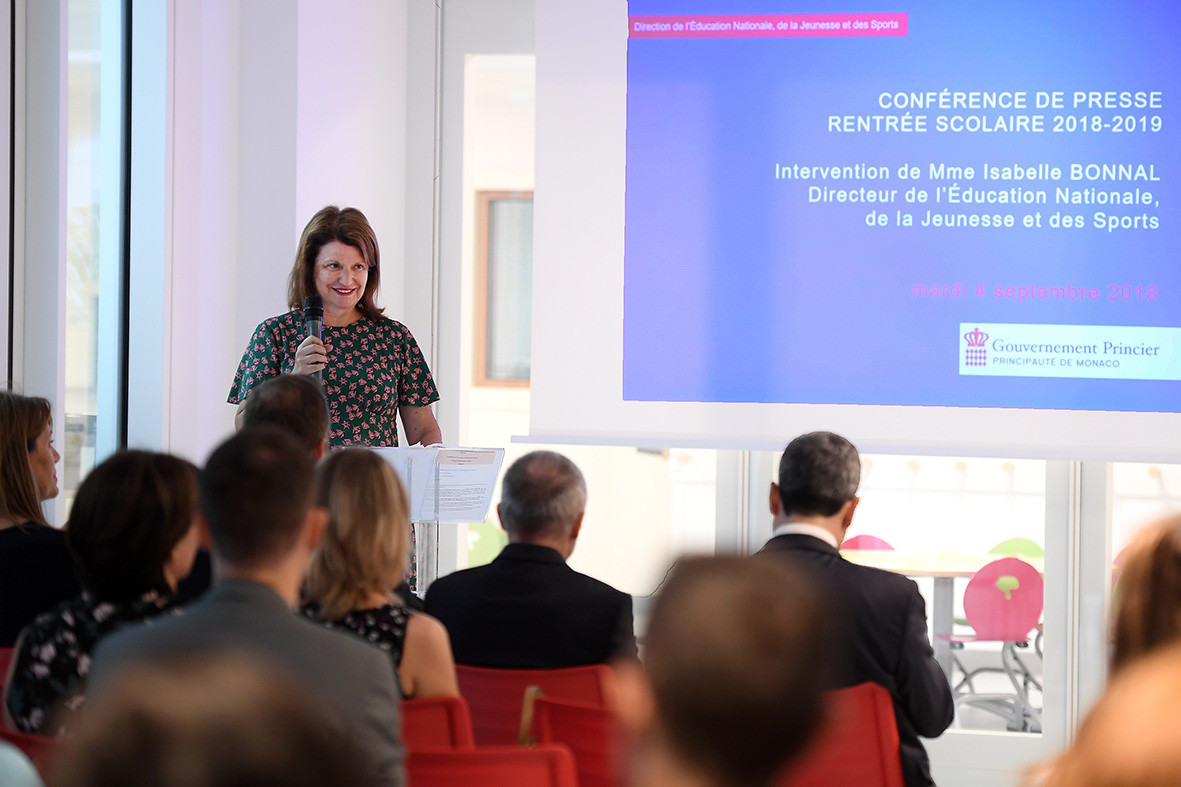 Patrice Cellario, Minister of the Interior, has presented the main themes of the new school year while speaking alongside Isabelle Bonnal, Director of National Education, in the new school in the Stella building on Tuesday, September 4.

He said that education remains a priority for the Prince’s Government, “anxious to prepare young people for their future as adults and to take their places in the outside world.”

Among changes planned are adding second-year programmes for the new baccalaureate which will be introduced in 2021. More emphasis will be placed on Monaco’s history and teacher training will be strengthened “on all levels.”

Computer coding and digital transition will also be enhanced, and more emphasis will be placed on sports provision. A new playing field, to be named after Hereditary Prince Jacques will be inaugurated at Devens, with the facility earmarked for the use of football and rugby associations.

Business & Finance Cassandra Tanti - July 5, 2019
A Monaco Economic Board (MEB) delegation has headed to Sydney and Melbourne on a promotion and reconnaissance mission .