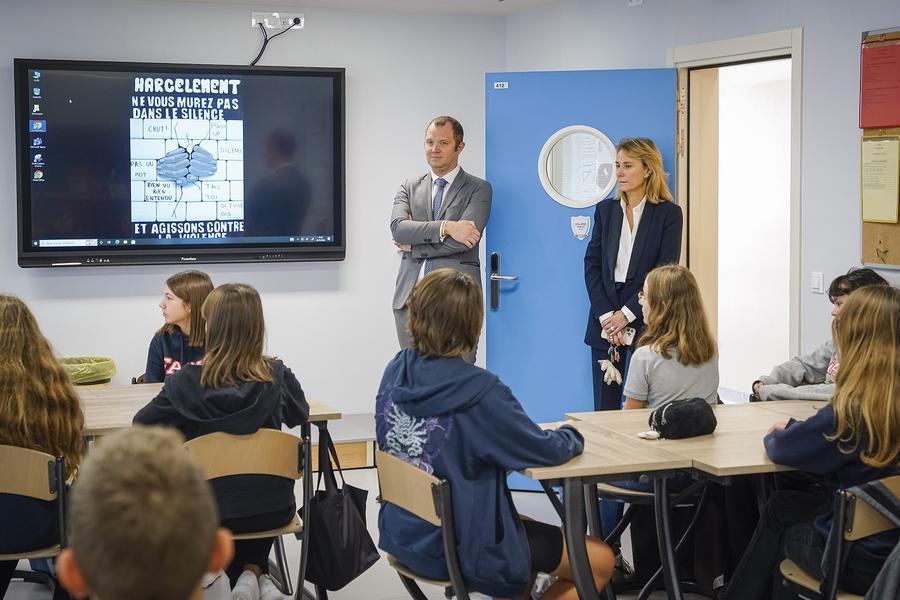 Each of Monaco’s public and private schools have participated in a ‘No to Harassment Day’ designed to teach children and adults about bullying in both the overt as well as more insidious forms.

There is a term for a form of bullying that many don’t even consider. It is called “micro-violence” and it almost seems like background noise to the more obvious forms, but can be just as dangerous.

Micro-violence includes actions such as insulting people, making undue noise in inappropriate places and disruptive behaviour that affects others in group settings. Finding ways to deal with these smaller acts of aggression was the goal of Monaco schools’ No to Harassment Day on Thursday 10th November.

Throughout the day, classes of all age groups participated in awareness sessions that encouraged the expression of feelings and developed empathy through poster-making, drawing, public speaking workshops and role-playing games. This was coupled with talks on Monaco’s new anti-bullying laws, giving students the right to a safe school environment with a dedicated person appointed to every establishment who can be contacted in case of bullying or suspected bullying.

The day coincided with the finalisation of an official plan for preventing and combating harassment and violence.

“This plan will specify: preventive measures; the procedures for reporting situations of harassment and violence in the school environment; support and supervision measures for victims, perpetrators and witnesses of acts of violence; and the educational and pedagogical measures likely to remedy or put an end to a situation of violence at school,” said the Monegasque government in a statement.

Additionally, staff and instructor training courses have been provided to teach adults the “PIKAS Method”, a way to defuse and deal with violent or inflamed situations without escalation.

These initiatives, alongside No to Harassment Day, are anticipated to help schools in their efforts to combat violence and bullying for the long term, making school a safe and calm place for all.