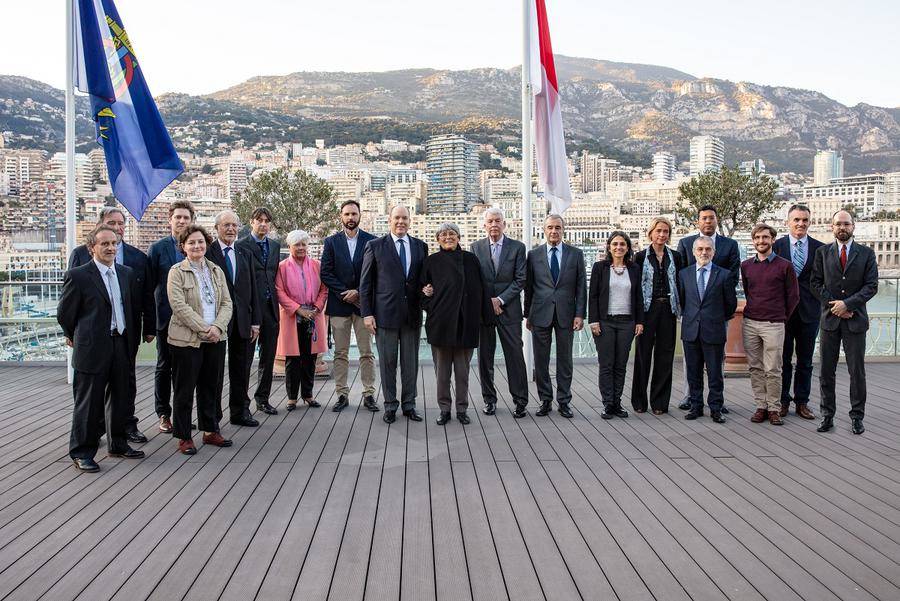 As part of the Monaco Ocean Week (MOW), the Scientific Center of Monaco (CSM), and in particular its WHO Collaborating Center, organised a workshop on Ocean Pollution and Human Health.

The workshop was led by Professor Rampal on Wednesday, March 27, in collaboration with Professor Philip Landrigan, Boston College and Coordinator of the Lancet Commission on Pollution and Health.

HSH the Sovereign Prince and HE Bernard Fautrier, Vice-President and Managing Director of the Prince Albert II of Monaco Foundation, attended the conclusions of this workshop and met the various participants.

A reflection was initiated to achieve, by the MOW 2020, a special report to be distributed at the scientific symposium “Human Health and the Ocean in a Changing World” organized in Monaco by the CSM, in collaboration with WHO and other partners from 11 to 13 May 2020.

The 14 participants, marine biologists, doctors, and / or representatives of international organizations, took part in presentations on the different types of pollution and their effects on the health of populations, then set up the working groups that will take into charges each of the types of pollutants in this special report (plastics, heavy metals, persistent organic pollutants, pesticides and pollution from biological sources such as toxic algae or micro-organisms).

This special report, supported by the Prince Albert II of Monaco Foundation, will be written by the CSM and Boston College, in partnership with selected scientists from around the world.

It will include a systematic review of the impacts of ocean pollution on human health, with special attention to vulnerable populations. The report will critically analyze current knowledge about each pollutant that may affect human health, examine the influence of climate change on these effects, and attempt to predict future trends. It will also include economic data. Simultaneously with its broadcast in Monaco in May 2020, this report will also be published in a high-level peer-reviewed journal.