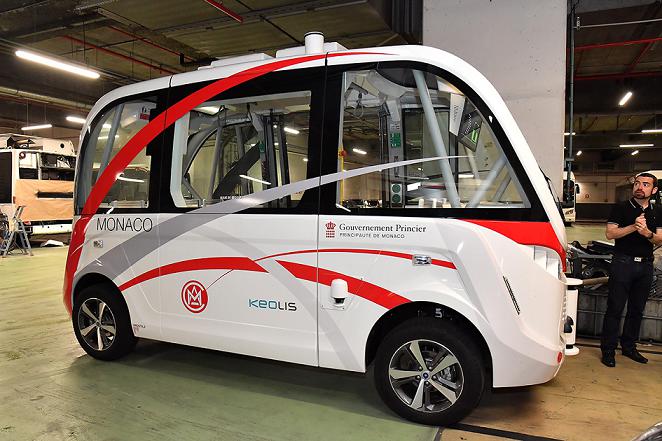 Monegasque passengers will be among the first in the world to experience autonomous buses. The government will be introducing free, self-driving, electric busses on the Rock this summer, as Monaco continues its clean, green transition into the future.

The introduction of the first autonomous electric shuttle buses is part of Monaco’s Commitment to the ‘Smart Principality’ scheme, and was developed by the #ExtendedMonaco program.

From 3rd July to 8th September, tourists and residents will have access to the service which will operate on a loop of about one kilometre every 15 minutes. It will include four stops: Place du Palais Princier, the Cathedral, the Oceanographic Museum and Place de la Visitation.

With a seating capacity of 15 passengers including 11 seats, the shuttle will be operated by the Monaco bus company in partnership with the Keolis transport group, which has undertaken around 30 shuttle experiments throughout the world including Paris, Lyon, London and Las Vegas. It has been manufactured by French company Navya.

According to the government, the safety of travelers will be at the heart of this summer experience, with the presence of a CAM operator who can at any time regain control of the vehicle by switching to manual navigation mode.

On 25th June an information session will be held in front of the Oceanographic Museum between 12pm and 2pm for people to become acquainted with this new technology.

If successful, a second bus could be operational in the Larvotto district by autumn.