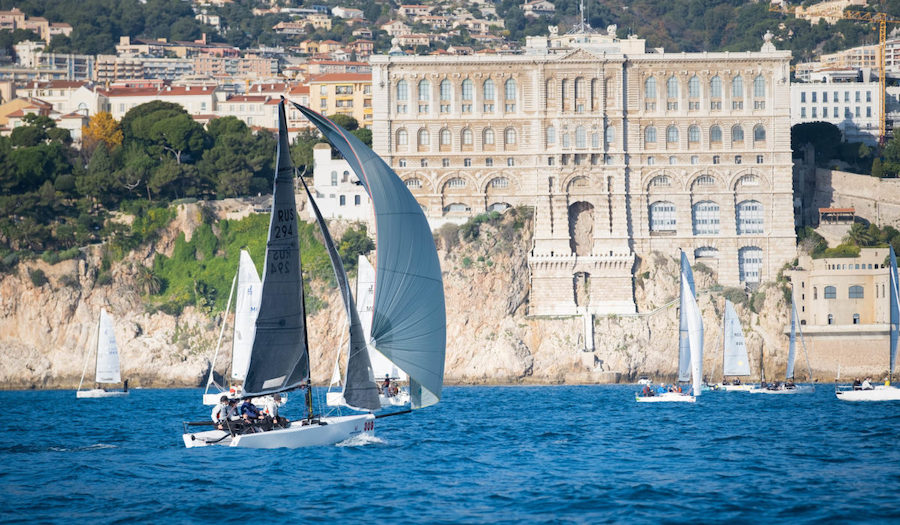 The Mediterranean winter lived up to its reputation with sunshine, blue skies and a steady breeze of 13 knots filling in for the 230-plus sailors to enjoy four back-to-back races on a flat sea in ideal conditions. A fleet of 38 J/70s and eight Melges 20s were out on the water representing 13 nationalities.

In the flagship J/70 fleet, Italy’s Federico Leproux (Alice) was the most consistent to win the second act of this five-act series, beating YCM member Ludovico Fassitelli (Junda – Banca del Sempione) into 2nd followed by the Cypriots led by Sergei Dobrovolskii (Amaiz) in 3rd. Despite getting off to an excellent start with 1st place in the first race, Act 1’s victorious team led by Britain’s Charles Thompson (Brutus) dropped to 4th overall, but topped the ranking in the Corinthian category.

For the Melges 20s, Alexander Novoselov’s Victor pipped Alexander Mikhaylik’s Alex Team to the post with two race wins, although both were tied on 13 points, with Leonid Altukhov’s team (Leonid Altukhov) completing the podium. The two Monaco-flagged boats were 4th (Oleg Reps) and 7th (Path).

It was the Melges 20 class which started the Monaco Sportsboat Winter Series back in 2013, instigated by Valentin Zavadnikov, and is always a close contest with only 10 points separating the eight-strong fleet.

It all starts again in the new year with Act 3 of the Monaco Sportsboat Winter Series from 16th to 19th January 2020, followed by Act 4 which is part of the Mediterranean season-opener the Primo Cup – Trophée Credit Suisse from 6th to 9th February, and Act 5 closing the series on 5th to 8th March 2020.