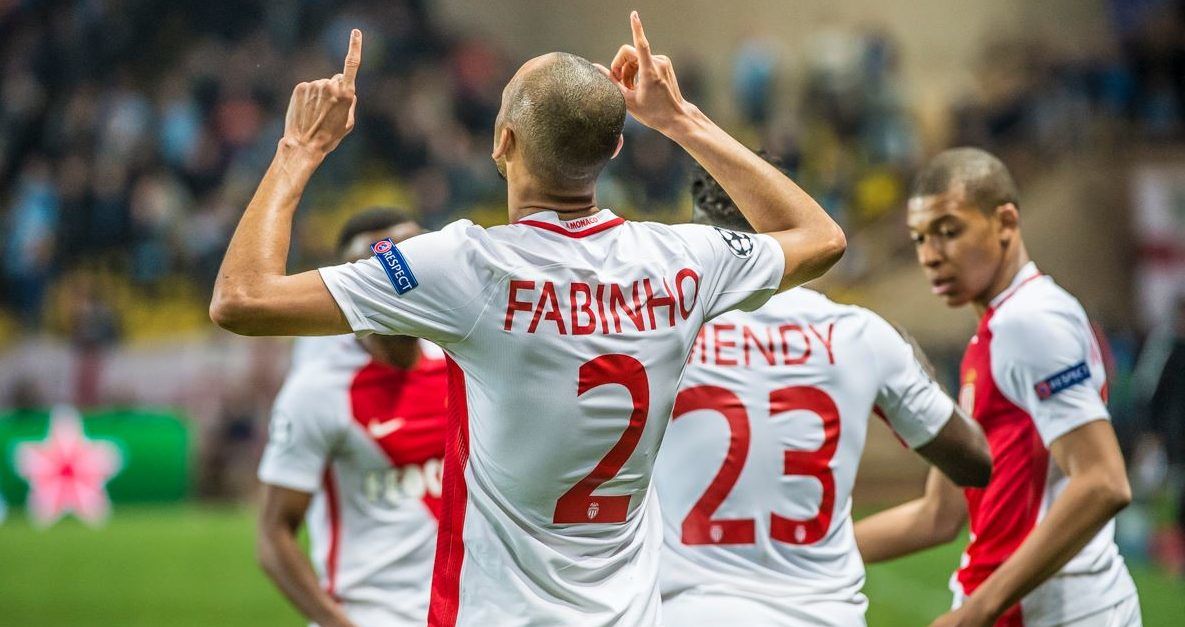 Monaco defender Fabinho has chosen to speak out to Nice-Matin on his disappointment during the summer of not being freed to join league rivals Paris Saint-Germain. He said he had considered “going into dispute” with the club, but thought better of it.

“I couldn’t get what the club had promised me out of my head. I was convinced I was right, and yes, I thought about going into dispute with them,” he told local French daily Nice Matin.

“But I talked it over with my friends, my family, my agent, and it wasn’t an easy decision. The image I would have given off wouldn’t have been one that corresponded to me.”

The 24-year-old Brazilian added, “Even though I only had that as a solution, I preferred not to enter into a fight with the club.”

He admitted that at the start of this season he hadn’t given the game his all. “My mind was elsewhere. Sometimes, unwittingly, I didn’t manage to give my all. It wasn’t to give a bad impression of myself, I couldn’t do anything. I was frustrated at the end of the transfer window, but I’ve turned the page.”

Culture Staff Writer - July 4, 2016
Prince Albert has inaugurated the summer exhibition, Francis Bacon, Monaco and French Culture, at the Grimaldi Forum… On Friday, the day before the official public opening, HSH Prince Albert II was among the first to experience the interactive Francis Bacon exhibition, ‘leaving his photo-testimony’ in the artist’s virtual studio. Running until September 4, Francis Bacon, Monaco and French Culture promises to be one of the most successful summer shows ever held. The exhibition comprises 64 works from 1921 through 1991, including his last painting Study of a Bull, and is curated by the pre-eminent Martin Harrison, author of the extraordinary five-volume Francis Bacon Catalogue Raisonné. The first recorded visit of Bacon to Monaco was in 1940 and the artist later lived in the Principality for four years from 1946. It’s often cited that Monaco was a good fit for Bacon, an asthma sufferer who wanted to be by the sea and an addicted gambler for whom the roulette table was an extension of his risk in art. Without any formal art education or link to art despite his wealthy Irish family’s connections, Bacon gravitated towards modern art, and at the age of 17, after seeing a Picasso exhibition in Paris, he declared: “I might like to be a painter.” It was in Monaco that he started painting the human form, seen as “a crucial step that would lead him later in his career to become one of the most influential figurative artists of the post-war era,” said Majid Boustany, founder of the Francis Bacon MB Art Foundation Monaco, although none of Bacon's work can be confirmed to have been painted during his time here. During the first twenty years of his career Bacon destroyed twenty canvases. The Francis Bacon MB Art Foundation, based in Monaco, was founded on October 28, 2014 (Bacon’s birthday) and is a private non-profit institute dedicating its scholarly activities and research to the artist. Francis Bacon, Monaco and French Culture will travel in the autumn to the Guggenheim Museum in Bilbao, Spain. Open daily from 10:00 to 20:00, Thursdays until 22:00, at Espace Ravel, tickets are €10 or joint ticket €16 with European Art Fair Monaco (July 20-24). This exposition will be more informative with a guide. Visitors can download the free Grimaldi Forum app, which provides the option to download an audio guide of the exhibit in English or French for €2.99.

Local News Staff Writer - October 9, 2018
Media outlets were buzzing on Tuesday with the news that Thierry Henry was in advanced talks to take over as manager at AS Monaco.