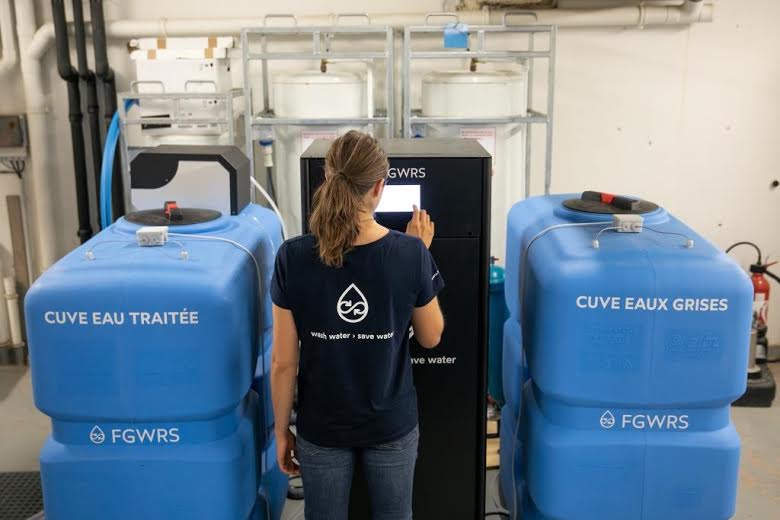 FGWRS, a start-up under the wing of MonacoTech, is behind a new technology used by French Open players to convert “grey water” into usable non-potable water for showers and toilets.

Players who used locker rooms services at the Jean Bouin practice facility during the French Open were also unknowingly engaging in a water conservation project. Since 20th September, the facility has been trying out a system that replaced potable drinking water for recycled grey water in showers and toilets, saving the facility both costs and energy.

The new system, in cooperation with FGWRS’s partner company EHThec, has also found a way to recover more than 50% of the heat contained in the recycled water to pre-heat the water supply for added savings.

Though this is a first for a major French sporting event, the technology used is not new. The European Space Agency (ESA) has been working with FGWRS – a MonacoTech-supported start-up – and French-based company FIRMUS for more than 20 years, refining the systems used by astronauts for their self-sufficiency and safety.

Back on Earth, the FGWRS-monitored system has been recycling the grey water without incident for 15 years at the Concordia research station in Antarctica, showing a proven track record.

Now that the technology has been honed over the years, FGWRS is ready to extend the system to places with medium and large “collective housing”, such as hotels, with private homes soon to follow.

The company hopes to “contribute to the preservation of drinkable water resources by recycling 80% of grey waters, and directing them towards toilet usage, showers and washing machines, all while recovering thermal energy.”

Jean Bouin has committed to using the same basic system again in 2021 and 2022 at their site, though the technical teams have plans to keep upgrading. Improved performance, notably in terms of grey water energy recovery, will be the goals in the coming years.