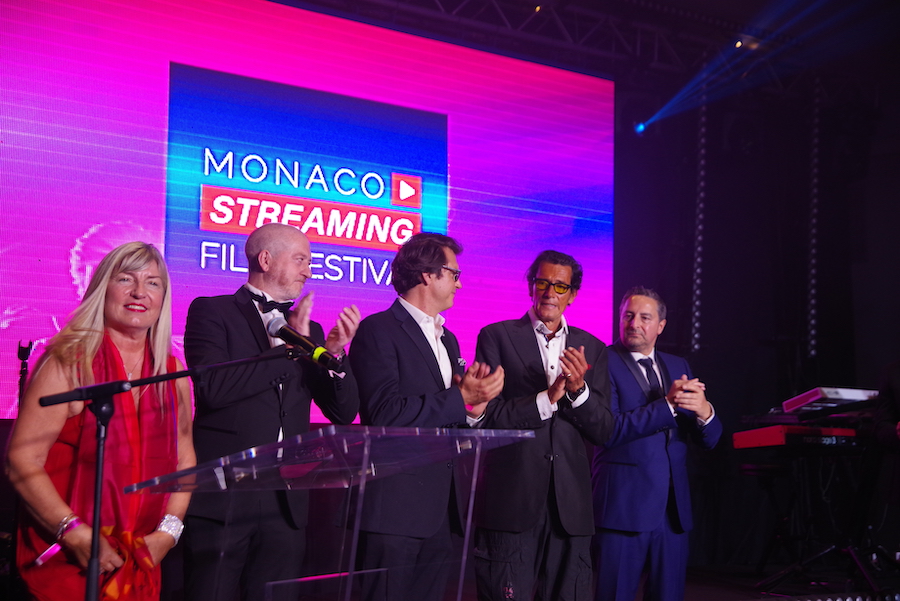 The Monaco Streaming Film Festival celebrated its second edition with the best in streaming content as well as the content providers and creators who make it all happen.

If the pandemic did nothing else, it opened the world up to an already thriving world of video on demand content. Long lockdown days and nights turned many of us into television aficionados, trading the skinny on newly found favourite shows with friends on weekly Zoom calls, and opening the doors to a world where streaming content was becoming not only more entertaining but more innovative as well.

It was in these conditions that the Monaco Streaming Film Festival was born. By showcasing the knowledge and experiences of video on demand (VOD) film and media production, this unique event has taken advantage of streaming technology to create new forms and outlets for expression.

This year’s Festival, which ran from 31st May to 2nd June at the Grimaldi Forum, was able to bring together players in this dynamic field in a series of face-to-face and virtual screenings, conferences and networking opportunities.

To wrap up the Festival, the 2022 Streaming Awards and Gala Dinner was held on 3rd June at the Méridien Plaza Beach Hotel. The night started off with a cocktail and canapé event, where celebs answered questions from journalists and posed for the cameras, and guests were able to pay tribute to some of the biggest names in the entertainment industry during a glamorous evening.

Director, Writer and Producer James Cameron was honoured at the gala with the Reg Grundy Innovation Award, the yearly prize given to leaders of the media and technological world who have “boldly and brilliantly helped to develop it”.

Additionally, other famous faces were given credit where due, including Patricia Arquette, who received the Best Actress Award, Mark Wahlberg, who won a prize for Best Documentary Series, and Jeff Fahey who was given the Humanitarian Award.

The documentary about New Zealand’s dairy industry, Milked, got the Best Documentary Award, and the Cutting Edge Award went to Arabian Camels, the first film to be produced by a non-fungible token.

Figures from the streaming world were also recognised, such as Gavin Bridge, who got the Streaming Journalist Award, and Derrick Ashong who received the Music in Streaming Award.

Finally, the Best Feature Film Award was handed out to Barbara Broccoli and Michael G Wilson for the latest instalment of the perennially popular James Bond series, No Time to Die. This was particularly poignant due to the involvement of former Bond actor Sir Roger Moore’s sons Christian and Geoffrey Moore.

Click on the gallery below for more images from the MSFF…