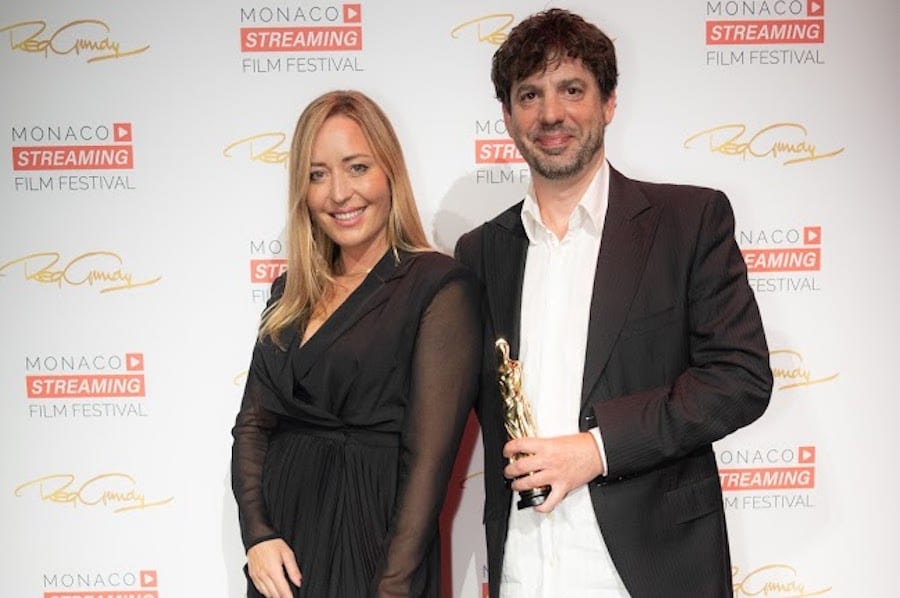 The Monaco Streaming Film Festival, the first of its kind, debuted this July, bringing together actors, artists, and directors to celebrate storytelling in the new frontiers of streaming and filmmaking. A total of 13 awards winners were announced from Best Soundtrack to Best Content Creator, with the prestigious Greg Grundy Innovation Award as the highlight of the evening.

The award for Best Soundtrack went to Erran Baron Cohen for his contribution to the movie Borat Subsequent Moviefilm. Baron Cohen is a musical producer known for his huge range in compositions, from orchestral soundtracks to more eclectic compositions.

The award for Best Emerging Talent went to Kelly O’Sullivan for her work in Saint Frances. In the coming-of-age comedy drama, O’Sullivan plays a nanny who finds an unlikely friendship with six-year-old Frances. The film touches upon the everyday moments of women’s lives, including ironically stigmatised experiences such as abortion, postnatal depression, and same sex relationships.

The award for the Outstanding Impact Award went to Julian Lennon for his work as the founder of the White Feather Foundation. The foundation raises funds for environmental, humanitarian, and clean water projects around the world.

The award for Best Creative Content went to Kilian and Maruta. With their fantastic video editing skills, the duo creates videos from a fictional narrative, in which they appear to ‘wake up’ in an empty world. They show clips of empty Monaco and a deserted cruise liner, all of which were completely devoid of life.

The award for Best Art Director went to David LaChapelle in his work in the short film Off Hiatus. LaChapelle is an American director and photographer known for his surreal celebrity portraits, often conveying social messages.

The award for Outstanding Contribution went to Mitch Lowe for his insightful and inspiring keynote speeches for the Monaco Streaming Film Festival. Lowe is co-founding VP of Netflix, and has contributed greatly to the growth and success of the streaming industry.

The award for Best Motion Picture went to Borat, directed by and starring by Sasha Baron Cohen. Reporter Borat Sagdiyev leaves Kazakhstan for the “greatest country in the world” to make a documentary about American society and culture.

The award for Best Actor was won by Michael Flatley for his starring role and directorial debut in Blackbird. Written by international superstar Flatley, Blackbird sees him as a retired MI6 operative who owns a prestigious hotel in Barbados. When a former agent and love interest turns up, he finds himself drawn into his previous life, with potentially devastating consequences for millions of people if he fails. With a career spanning 25 years in entertainment, Michael Flatley’s shows have consistently broken records all over the world with over $1 billion in ticket sales across 60 countries.

The Reg Grundy Innovation Award went to Jon Favreau for his innovative work in Star Wars Disney+. Favreau is a prolific filmmaker and producer, with contributions in past decades to films such as the Marvel Comics franchise.

The award for Best Short Film went to Jason Kemp.

The award for Best Documentary went to Sergio Mata’u Rapu.

Monaco Streaming Film Festival champions technological and creative innovations across the film industry as well as emerging and established voices. It was presented with the support of its partners: the Reg Grundy Foundation, Princess Grace Foundation USA, GEMA, the White Feather Foundation, Lan to Capital and the Antropov Foundation.