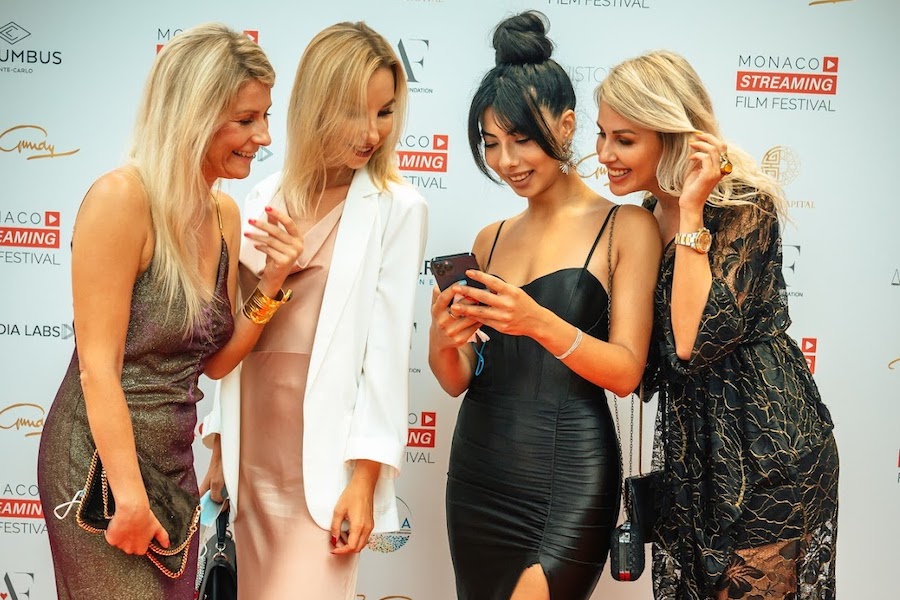 After launching during Covid, the Monaco Streaming Film Festival is back even stronger this Spring, with a heavy focus on powerful women and a goal of advancing the video-on-demand industry. Here is what we know so far.

After five years contemplating the idea of developing a streaming event in Monaco, Tony Davis gathered a team together and put the wheels in motion for the world’s first video-on-demand festival, the Monaco Streaming Film Festival, in 2021.

“There was no festival or event specifically focussed on viewing-on-demand, or streaming, and there was, in fact, a level of hostility towards streaming platforms from the film and theatrically-oriented industries,” Tony Davis tells Monaco Life.  “So, we decided to create a platform for the industry to understand itself better, to communicate more easily, to network, and identify relationships and opportunities.”

Despite all the drawbacks of hosting an inaugural festival in the middle of a global pandemic, including last-minute cancellations and health restrictions, the Monaco Streaming Film Festival (MSFF) last year made headlines across the world and attracted some big names in the field.

Meanwhile, the Covid-19 pandemic accelerated the demand and subscriber growth in streaming video services massively. Disney+, for example, launched in November 2019 and reached its goal of 60 million subscribers globally by 2024 four years ahead of schedule.

But, the video-on-demand industry is still very much in its infancy.

So, over the course of four days, from 31st May to 3rd June at the Grimaldi Forum, the Monaco Streaming Film Festival (MSFF) will bring together industry professionals, content creators, investors, and the general public for a series of film premiers, conferences, cocktail and networking events, Q&As, screenings, and a gala.

It is a jam-packed schedule that will see the showcasing of 100 films in just three days, including 80 shorts and 20 features.

Monaco Life can reveal that among the highlights is the premier screening of a film produced by Sean Hepburn Ferrer, Audrey Hepburn’s son.

The festival will also welcome keynote speaker Cherie Blair, wife of former UK prime minister Tony Blair, who is a renowned barrister and advocate for equal rights and female empowerment. She recently made her first foray into film-making, serving as executive producer on the drama The Rock Pile. The film tells the story of Time magazine correspondent Bob Hastings who, while on assignment in Jerusalem, uncovers a story of three young boys of different faiths who are brought together through football.

“There is going to be a very strong theme of powerful female leaders,” says Davis, adding that the festival is representative of a contemporary industry. “The Streaming Festival is a modern festival. We don’t pay attention to the history of film, we are about the video-on-demand and streaming industry, and it is very important to us that we are a completely inclusive event, that we are open to all people, be they a film maker like James Cameron (Terminator, Aliens, The Abyss etc.), recently out of film school, or not from film school at all… there is a place for them to come along to the festival, to enjoy and learn.”

Unlike the highly exclusive Cannes Film Festival, which ends just two days prior, the MSFF encourages the public to attend conferences, and watch film premiers and screenings. Organisers are even going so far as to offer free popcorn and coffee as a special treat.

For industry professionals, or those wishing to enter the industry, the festival will host film and production distribution organisations from all over the world, providing a platform for the guidance and support of producers and distributors as they navigate their way in this new frontier.

Finance through NFTs is also a hot topic.

The event will culminate in the Monaco Streaming Film Festival Awards on Friday 3rd June, during which 12 individuals and organisations will be rewarded for their successes at a black-tie event.

Last year’s winners include ‘Lord of the Danse’ star Michael Flatley for Best Actor in his film Blackbird, ‘Seduced: Inside the NXIVM Cult’ for Best Documentary Series, and Jon Favreau, creator of the Star Wars Disney+ original series The Mandalorian, for the Reg Grundy Innovation Award.

“We decided that the award would recognise innovation because Reg Grundy changed television,” says Jo Cullen-Cronshaw, CEO of RG Capital and Director of the MSFF.

Reg Grundy is best known for the Australian television productions Prisoner, Neighbours and Sons and Daughters, as well as game shows Match Game and Wheel of Fortune.

“He wasn’t just a creator of programming, he created formatting. Copyrighting only existed in books etc. at the time, not in television, so how it all works today is down to Reg Grundy.”

The MSFF Reg Grundy Innovation Award is “specifically for game changers”, says Cullen-Cronshaw, “somebody who has changed the direction of film in all its genres. We admit, Jon Favreau will be a big name to follow.”

There have been 3,000 films submitted from around 112 countries for this award alone.

RG Capital is the main backer of the Monaco Streaming Film Festival, coming on board during a challenging inauguration. But an exciting line-up for 2022 has organisers confident that the event will attract more corporate sponsorship going forward.

They also expect to significantly grow on last year’s figure of over 100,000 people in virtual participation, 80% of which was in the US alone.

“The conferences will go out live again, so anyone in the world can tune in and participate,” says Davis. “This year, we are also packaging the films and series that we are screening for a number of global streaming platforms to share with their audiences. It will give producers an opportunity to be seen by a massive global audience to not only enjoy their work, but who may also help them develop and trigger their careers.”

While the MSFF will end after three and a half days, its mandate will continue through a new digital platform that will provide anyone around the world with ongoing access and networking opportunities in the world of streaming.

“The Grundy Creator Platform, which will go live the day the Monaco Streaming Festival ends, can be used for a number of reasons – to search for project financing, to seek distribution, to learn more from key industry professionals,” reveals Davis. “It is a financing, distributing and learning tool that they can come into anytime they wish.”

It will also be a platform on which people can upload their creations, a bit like the Tinder of streaming.

“People can place their projects on the platform and potential financiers will use our algorithms to identify the type of project they want to invest in,” explains Davis. “They can then look in to it further and interact with the producers, and hopefully get involved by funding the production of the project.”

Monaco Life is proud to be a media sponsor of the MSFF. Tickets are now available online at http://www.mcsff.com.

Lifestyle & Wellbeing Stephanie Horsman - February 3, 2022
Creating a new victim’s compensation fund and a report on the wage gap between men and women are on the agenda for the Committee for the Promotion and Protection of Women's Rights this year.